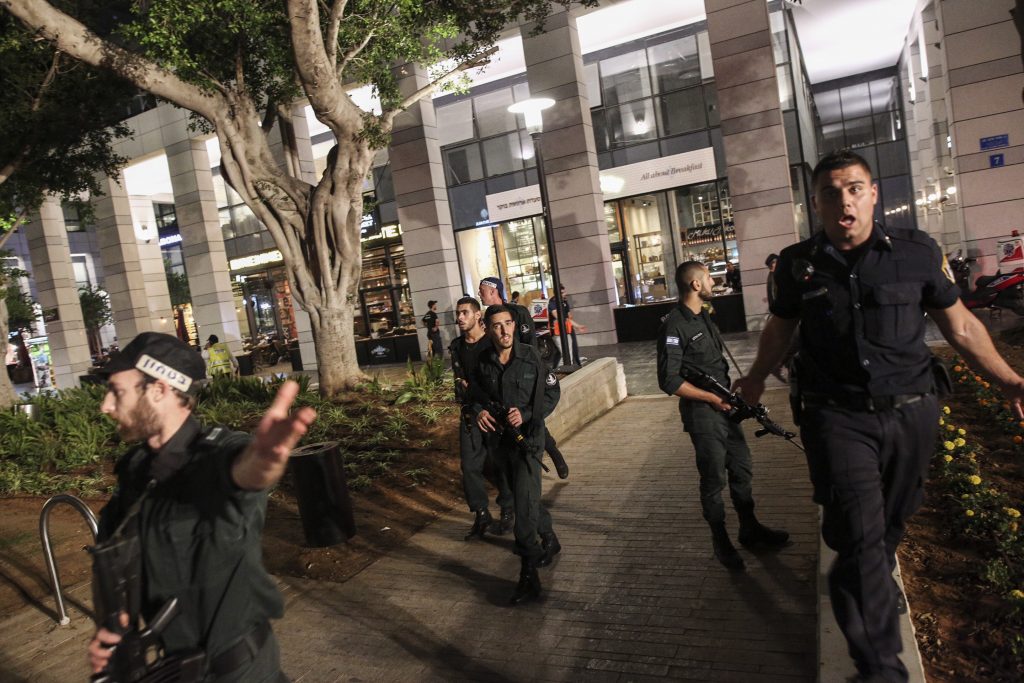 A report on Channel Two Thursday afternoon quoted security officials as saying that “significant progress” had been made into the background of Wednesday night’s terror attack in Tel Aviv. A gag order has been placed on details of the case, but officials did say that the investigation was focusing on the motivations of the terrorists, among other things.

The terrorists, Khaled and Muhammad Almahmarah, are two cousins from Yatta, a town in the south Chevron Hills that has a reputation as a center of extremism and incitement against Israelis. The two terrorists are about 20 years old. A relative of the two was involved in the murder of Rabbi Yosef Dickstein, 45, his wife Channa, 42, and their nine-year-old son, Shuv’el Tziyon, of Psagot in 2011, Hy”d. Also murdered in that attack was 21-year-old IDF soldier Elazar Lebowitz, Hy”d.

The pair were arrested after a short chase Wednesday night, after they opened fire at an outdoor café at the Sarona Market in central Tel Aviv. IDF forces on Thursday morning placed a closure on Yatta, and have located the homes of their families. Officials promised that the homes would be demolished “very soon.”

Reports in Qatar and the Palestinian Authority attributed the terror attack to Hamas, but that is not necessarily the case according to Israeli officials, said the report.