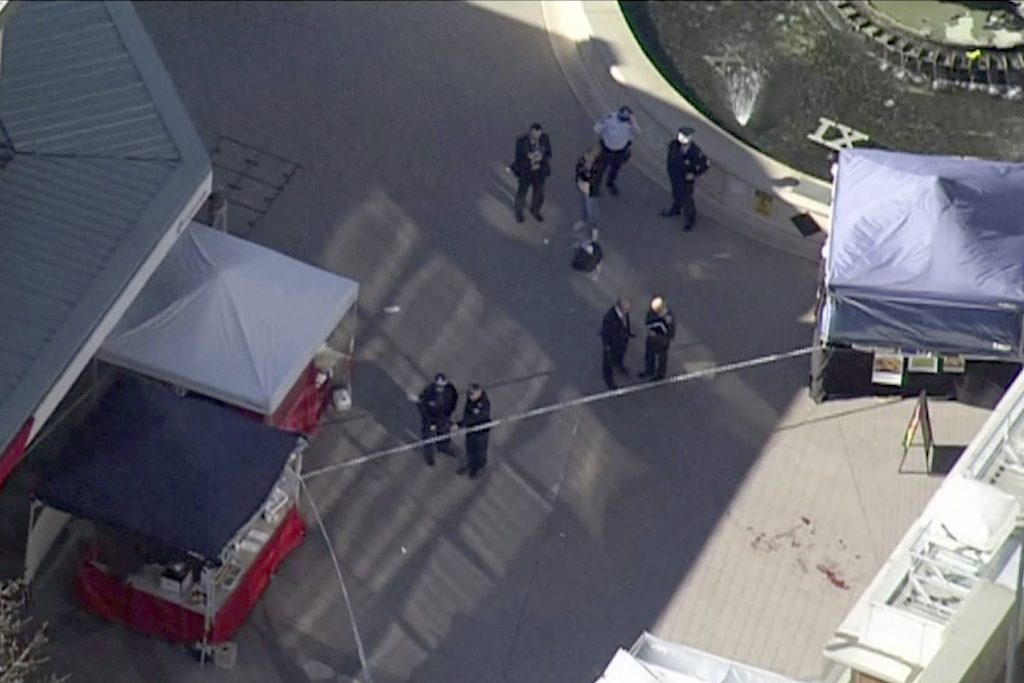 Police officers opened fire on a man armed with a carving knife in a Sydney shopping mall on Thursday, wounding the man and three women aged between 60 and 80, police said.

Police were called to the mall in the northern suburb of Hornsby around noon following reports that a man was armed with a knife, New South Wales Police Assistant Commissioner Denis Clifford told reporters.

Officers approached the man and a confrontation broke out, Clifford said. The man then approached the officers with a large carving knife, and two officers opened fire. He was wounded several times, and the three women were also hit by bullets or bullet fragments, Clifford said. All four were being treated at various hospitals and were in stable condition.

The man had been reported missing from a nearby psychiatric facility on Wednesday and police had been looking for him before he turned up at the mall, Clifford said.

An investigation would be launched into the circumstances of the shooting, including the decision by the officers to use their guns in a public area, Clifford said. The officers had access to other weapons including a Taser and batons, he said, but added they were facing a “life and death situation” that unfolded over a matter of seconds.

“You can’t dictate exactly what option to use in every circumstance,” Clifford said. “In this one … we do know they are dealing with a person with a rather large knife who came at the officers and they’ve made that decision to use their weapons.”

Clifford acknowledged it was “alarming” that bystanders had been hurt but said the consequences of the officers not drawing their weapons are unknown.

“I wonder what may have happened had the police not intervened and stopped this person with a knife,” he said.