Israel Liberman: We Will Fight Terror With More Than Just Words
Israel 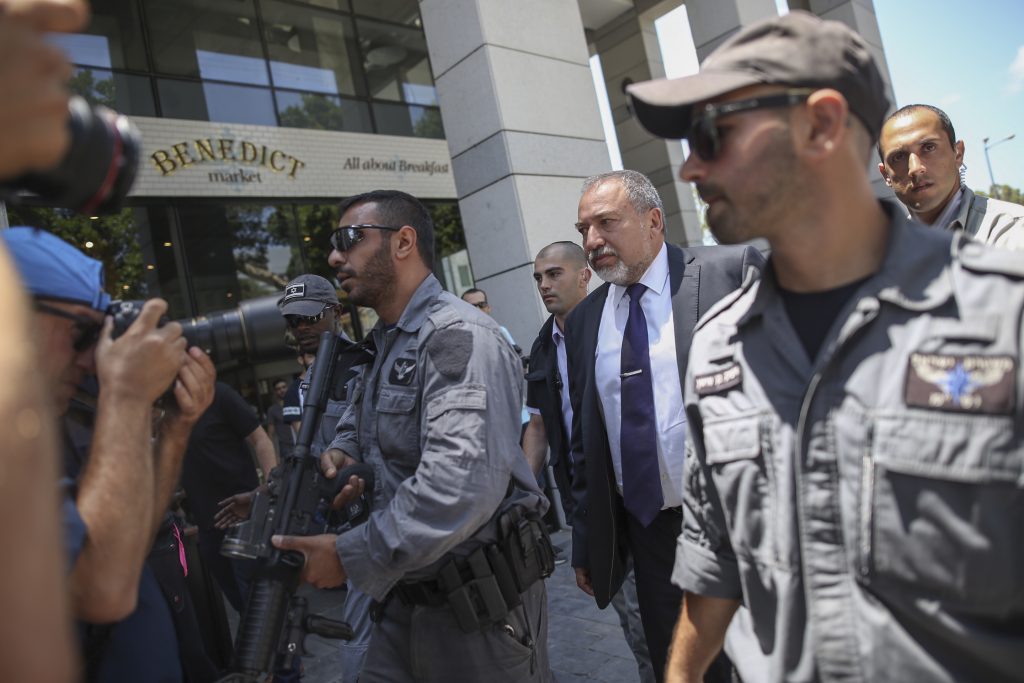 Defense Minister Avigdor Liberman on Thursday morning visited the site of Wednesday’s terror attack in Tel Aviv. Liberman condemned the attack, and said that Israel would act to prevent further attacks – and that he intended to “go beyond talk.”

“I wish to send my condolences to the families of the victims, and to wish the wounded a speedy recovery,” Liberman said at the site of the attack at the Sarona Market in central Tel Aviv. “I wish to salute the residents of Tel Aviv who have been forced to deal with another serious event, another difficult terror attack. Despite that, they have proven over and over again that they can overcome adversity and continue with their lives. This proves that life is stronger than terror.”

The government planned to take “a number” of steps to combat terror and prevent further attacks, said Liberman, but “I do not intend to list these actions. But I am positive that we will go beyond just words” in dealing with terror, he said.

The scene of the attack is directly across the street from Ministry of Defense headquarters, where Liberman’s office is.

IDF forces on Thursday morning sealed off the town of Yatta, where the terrorists lived, and have located the homes of their families. Officials promised that the homes would be demolished “very soon.”

The IDF will deploy two additional battalions in Yehudah and Shomron.

In a statement, the military said Thursday the reinforcements were made “in accordance with situation assessments.”

The IDF says forces would include infantry and elite reconnaissance units. The military says the deployment included “hundreds” of troops, but gave no further details.

Speaking Thursday, Zionist Camp MK Shelly Yachimovich urged Israelis to gather at the site of the attack. “The purpose of terror is sow fear and disrupt our lives,” she said. “The defense forces are doing wonderful work and I know of numerous attacks that were prevented. We cannot allow terrorists to change the way we live.”