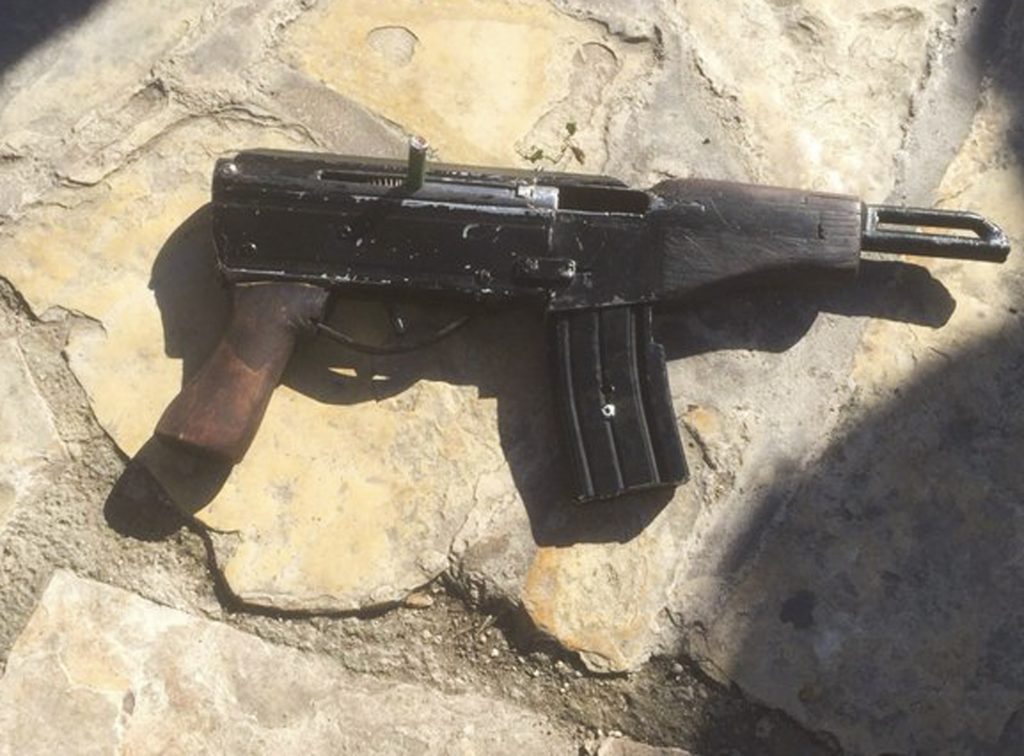 Israeli security forces are cracking down on metal workshops in Yehudah and Shomron suspected of manufacturing a crude homemade gun, which has emerged as the weapon of choice for Palestinian attackers in months of deadly assaults on civilians and soldiers— including this week’s Tel Aviv shooting that killed four Israelis.

Welded together from spare parts of various weapons and pipes, it looks like a short-barreled submachine gun, with a long magazine.

The weapon, known by its street name “Carlo,” was used by the two Palestinian gunmen who killed four people and wounded five others in a popular Tel Aviv area filled with crowded shops and restaurants on Wednesday night, as well as in several other attacks since the current terror wave erupted in September.

“There has been an increase in security operations in and around Yehudah and Shomron to try and find factories where the weapons are made,” police spokesman Micky Rosenfeld told The Associated Press.

He said the quality of the workmanship varies from gun to gun, depending on the materials and the manufacturer.

Palestinians have used them “in a number of terrorist attacks over the past few months,” Rosenfeld confirmed.

According to an Israeli intelligence official, the homemade gun has become the weapon of choice for Palestinian gunmen, ousting the Kalashnikov that has traditionally been in use.

“Real weapons” are now hard to find and expensive in the region due to raids carried out by Israel as well as those undertaken by forces of the Palestinian government, which rules about a third of the territory.

Carlo is somewhat based on the Swedish “Carl Gustav” submachine gun because it’s easy to copy with the materials at hand, the intelligence official said. Hundreds are believed to be in circulation, he added, speaking on condition of anonymity because he wasn’t authorized to talk to reporters.

This undated photo provided by the Israeli Police shows a handmade gun produced in Yehudah and Shomron. Welded together from spare gun parts and pipes, the gun looks like a handgun but with an extended barrel and a long magazine of bullets.