Israel IronVision Lets Tank Crews See Outside – From Inside
Israel 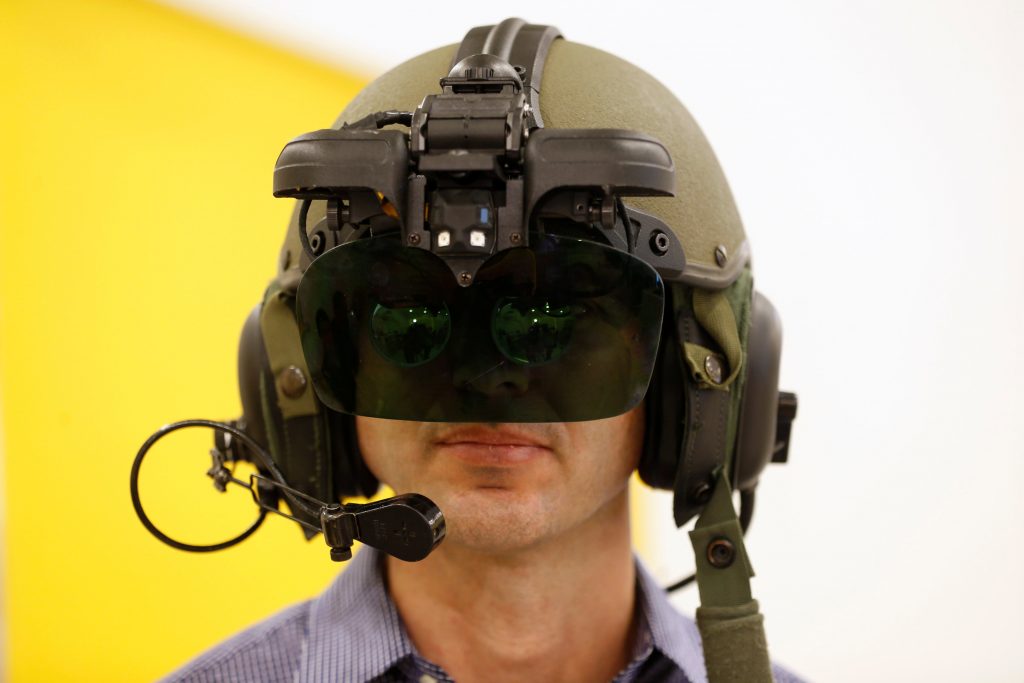 A revolution in the world of armored military vehicles has arrived.

Years of research and development have yielded Elbit Systems’ IronVision—a helmet-mounted system designed to allow tanks and armored personnel carrier crews to see what’s happening around them—without putting their heads outside.
The helmets give soldiers a 360-degree, real-time view of their surroundings while remaining in the vehicle.

Armored vehicle personnel have, until now, suffered from an inability to see much around them, company sources explained. And when they stand with their heads exposed outside the vehicle they become vulnerable targets for the enemy.
IronVision utilizes video feeds from sensors that can be installed on existing armored platforms, similar to the camera sensors already in use on aircraft, and allows commanders, gunners or drivers to look in any direction from inside their armored vehicle.
The helmet also links up to a military’s command and control system network, and can be used to feed the crew information on the location of hostile forces – marked in red – and friendly units – marked in blue. This appears within the image that displays their vehicle’s environment, and the military can transmit “everything it knows on the enemy” directly to the helmet’s display, a company source said.
The helmet will be on display for the first time at the Eurosatory defense exhibition in Paris from June 13 to 17.