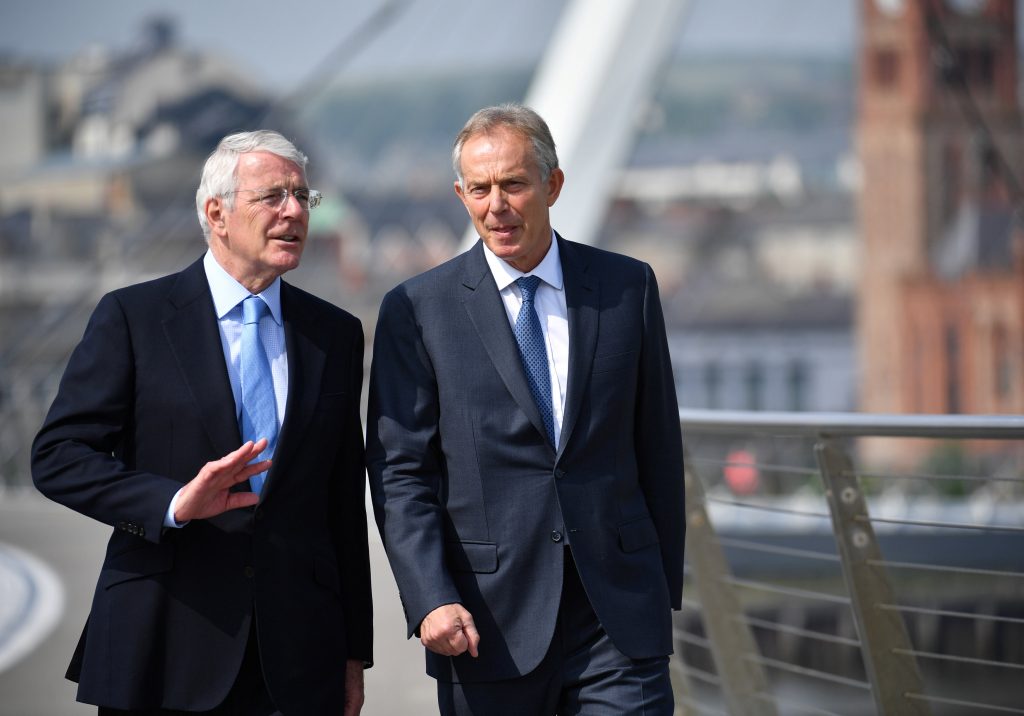 Tony Blair and John Major warned on Thursday that a vote to leave the European Union on June 23 would jeopardize the unity of the United Kingdom by undermining peace in Northern Ireland and bolstering the Scottish independence movement.

Speaking together in Northern Ireland, the two former British prime ministers, who both played important roles in the province’s peace process in the 1990s, warned that unity was effectively on the ballot paper.

“Throw away the membership of Europe and don’t be surprised if in the end, as a consequence, we accidentally throw away our union as well,” Major, Conservative prime minister from 1990 to 1997, told students at the Ulster University in Londonderry.

“The most successful union in world history could be broken apart for good,” he said.

Major warned that if Scotland votes to stay and the rest of the United Kingdom votes to leave, the pressure for a new referendum on Scottish independence “could prove to be uncontrollable and politically irresistible.”

Scots rejected independence by 55-45 percent in a vote in 2014, but since then the Scottish National Party has gained further strength, taking 56 of the 59 seats representing Scotland in the national Parliament in London in last May’s national election.

“If the U.K. was outside the European Union I could well envisage a different result,” he added.

Blair said the referendum could also undermine the 1998 Northern Ireland peace deal that ended three decades of tit-for-tat killings between Catholic Irish nationalists who wanted the province to unite with Ireland and their Protestant rivals who wanted to keep it British. Over 3,600 died in the conflict.

Blair said the European Union and free travel and trade on the island of Ireland had been an important factor in securing the peace deal in 1998 and that it would be “profoundly foolish to play any form of risk with those foundations of stability.”

Theresa Villiers, an opponent of EU membership who serves as Britain’s minister for Northern Ireland, said the comments by Blair and Major were irresponsible.

“Whatever the result of the referendum, Northern Ireland is not going back to the troubles of its past and to suggest otherwise would be highly irresponsible,” Villiers said.