National Carter Proposes Changes to ‘Up or Out’ Promotion System
National 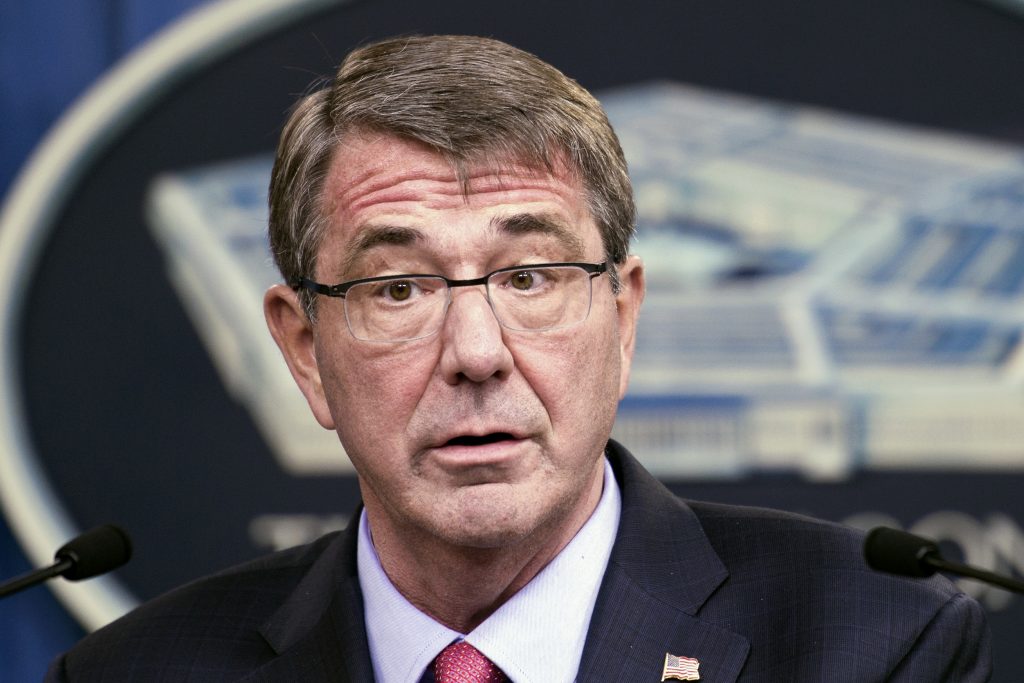 U.S. military troops may be able to sidestep the Pentagon’s entrenched, 100-year-old “up or out” promotion system under sweeping new proposals unveiled Thursday, aimed at keeping high-tech experts or other specialists on the job.

In announcing the plan, Defense Secretary Ash Carter marked the third – and most dramatic – installment in his campaign to modernize the military’s antiquated bureaucracy. The proposals are largely aimed at making it easier for the military services to attract and retain good quality people and keep them in jobs where they excel.

“‘Up-or-out’ isn’t broken – in fact, it’s an essential and highly successful system – but it’s also not perfect,” Carter said. “The problem, however, is that DoD can’t take a one-size-fits-all approach.”

Carter’s plan won’t abolish the traditional system that forces service members to leave if they don’t get promoted within a certain period of time. Instead, it will allow the services to bypass those rules for people when they feel it’s needed.

The current promotions system does not give credit for experience and training that occurred along slightly different timelines, even if it benefited the military.

“Such rigidity can be constraining to the military services and service chiefs in their effort to attract and retain the best force possible,” Carter said in a speech in the Pentagon courtyard. “Sometimes this system has led us to lose good people.”

Military leaders have expressed varying degrees of support for the promotion changes, noting that in some fields – such as fighter pilots or certain combat command positions – the strict advancement system may make more sense.

Many of the proposals will require congressional approval, but there is some general support for giving the military greater flexibility, as long as the historical systems aren’t eliminated.

One idea likely to hit opposition on Capitol Hill is Carter’s proposal that the Pentagon give department civilians six weeks of paid paternal leave for the birth or adoption of a child. The Defense Department follows rules for family leave that apply to the entire federal workforce, and carving out a more generous exception for them would be hard to approve.

Carter also wants to allow civilians to work part-time during the first year after a birth or adoption, and allow them to have more flexible work hours when possible. That plan may not require legislation.

The promotion proposal announced Thursday, which also requires a law change, would allow a major or captain to remain at their rank for years or even their entire career, if they are highly skilled in a critical field such as cyberwarfare or another technical job.

The new plans would also allow troops to ask to have their promotion review postponed if they haven’t completed all the requirements for the next rank, and want to pursue another opportunity, such as an internship or higher education.

The current promotion system has been in existence for 100 years, and gives senior leaders little flexibility. Service members must complete a number of specific requirements – including certain command responsibilities and schooling – before getting promoted to the next rank. And they must do it within certain timelines.

Carter has complained that such systems tie leaders’ hands and make it harder for them to compete for talent, particularly as the defense secretary works to beef up innovation and technology within the department.

Another suggested change would allow the services to broaden the specialties that can start at a higher rank, instead of the bottom of the officer pool. That is done now with some specialties such as doctors, lawyers and chaplains. But Pentagon officials want to be able to do it for high-tech jobs.

Other proposals would allow the military services to schedule promotions based on merit, rather than seniority, and make it easier for troops who leave the service for medical reasons to get civilian defense jobs.

And there are plans to upgrade recruiting efforts, and allow the department to hire more quickly when needed to get quality personnel.

The latest proposals follow Carter’s January announcement that he was doubling the length of fully paid maternity leave for female service members and expanding the hours that military child-care facilities are open and the number of children that can be accommodated.

Last November, he rolled out plans to change the retirement system to allow investments in a 401(k)-type retirement plan and increase internships.

He has argued that the Pentagon needs to get in line more with the corporate world, and strengthen ties with high-tech companies to bring the best and brightest into the department.