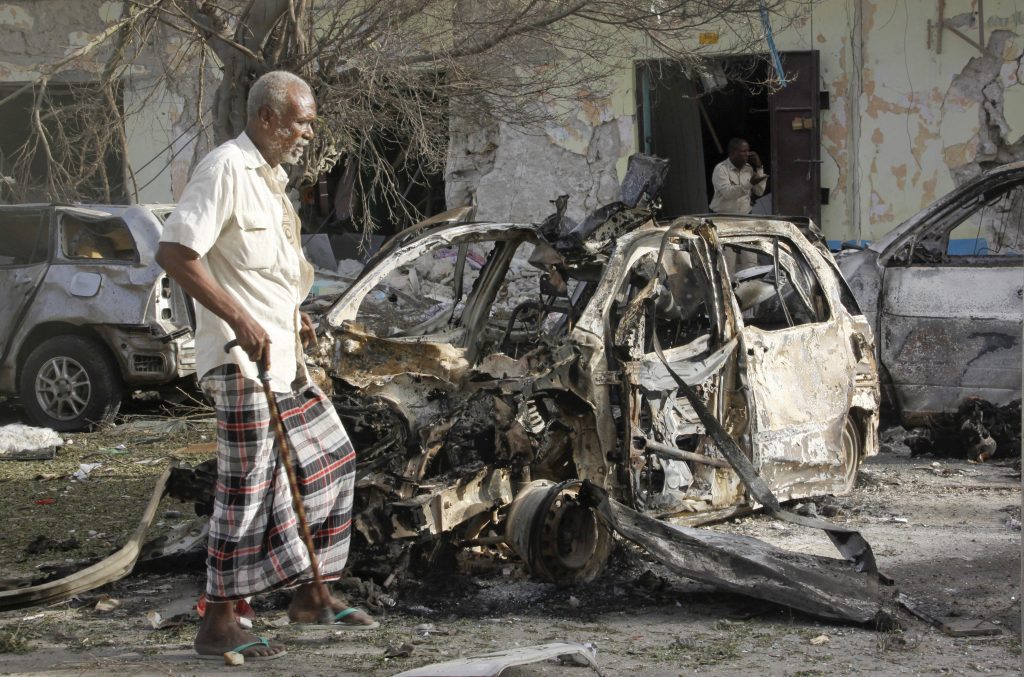 Somalia’s al Shabaab terror group said it rammed a suicide car bomb into an African Union military base, stormed inside and killed 43 Ethiopian soldiers on Thursday.

Residents near the base in the central town of Halgan said they heard a huge explosion and then heavy exchanges of gunfire shortly before dawn. Shots ran out at least an hour after the initial blast, they added.

There was no immediate comment from the African Union’s AMISOM force, which is made up of troops from African nations supporting Somalia’s Western-backed government and army in the fight against the al-Qaida-linked terrorists.

“We understand there are casualties on both sides. AU forces fought back fiercely and repulsed al Shabaab,” Somali military officer Major Abdifatah Elmi told Reuters from Bulaburde town in the region. But he said he did not have figures.

“Several residents were injured by stray bullets,” he said.

AMISOM usually says it is up to troop-contributing countries to announce casualties. In the past, casualty figures cited by al Shabaab have been much higher than official numbers.

“Our fighters stormed the Halgan base of AMISOM,” al Shabaab’s military operations spokesman Abdiasis Abu Musab told Reuters. He said the group used a suicide car bomb and then militants had exchanged fire with Ethiopian troops there.

He said “several” al Shabaab terrorists died, but did not give a number.

“It was a huge blast. It destroyed the gate and parts of the base,” the spokesman said, adding al Shabaab terrorists overran the base and drove out the Ethiopian troops before withdrawing.

Al Shabaab terrorists also repelled a counter attack by Djibouti troops deployed from another base in the area, he said.

The group often launches gun and bomb attacks on officials, Somali security forces and AMISOM in a bid to topple the government and impose its own strict interpretation of Islam on Somalia.

In January, Kenyan troops serving with AMISOM suffered heavy losses when al Shabaab made a dawn raid on their camp in El Adde, near the Kenyan border. Al Shabaab said it killed more than 100 soldiers but Kenya gave no exact casualty figure.