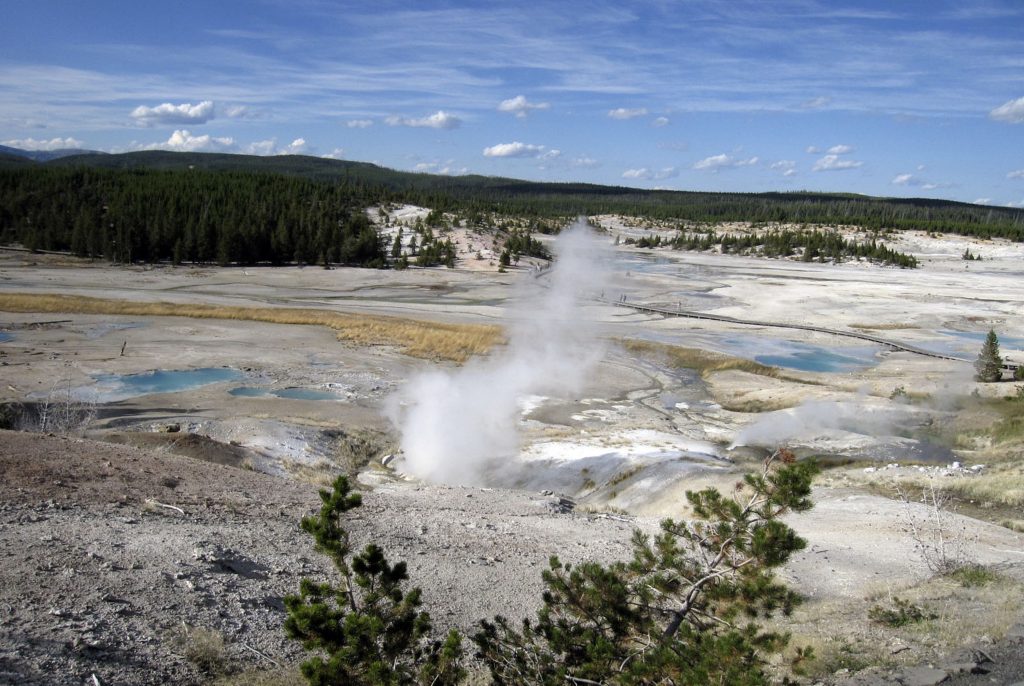 Park rangers navigated a dangerous landscape where boiling water flows beneath a fragile rock crust, searching Wednesday for a man who reportedly walked off a boardwalk and fell into a hot spring at Yellowstone National Park.

The man was presumed dead after a witness reported that a man in his early 20s had traveled 225 yards off the pathway Tuesday before falling into one of one of the hottest and most volatile areas in Yellowstone. The witness is considered credible, authorities said.

The circumstances of the man’s fall were not yet known, but it follows several high-profile incidents at the rugged park, where tourists went off designated pathways onto unique landmarks, sometimes leading to injuries, or got too close to wildlife.

The safety of park personnel was a top concern during the search in Norris Geyser Basin, officials said. It is a popular attraction in the nation’s first national park, which received a record 4.1 million visitors last year. Water temperatures there can reach 199 degrees, the boiling point for water at the park’s high elevation.

Posted signs warn visitors to keep to boardwalks and trails in thermal areas, which feature boiling pools, geysers that can blast hundreds of feet into the air and toxic gases.

The crust that makes up the ground in parts of Yellowstone is formed when minerals underground are dissolved by the high-temperature water, then redeposited on or near the surface.

“It’s very fragile rock and can be thin as a skiff of ice,” park spokeswoman Charissa Reid said.

The Norris basin area was closed pending the search.

Other recent tourist incidents at Yellowstone include a 13-year-old boy who got burned days ago when his father, who had been carrying him, slipped into a different hot spring.

In May, a Canadian film crew was accused of leaving an established boardwalk and stepping into a geothermal area where they snapped photos and took video of themselves.

Also last month, another Canadian man loaded a bison calf into his SUV because he thought it was cold. The calf later had to be euthanized because it could not be reunited with its herd.