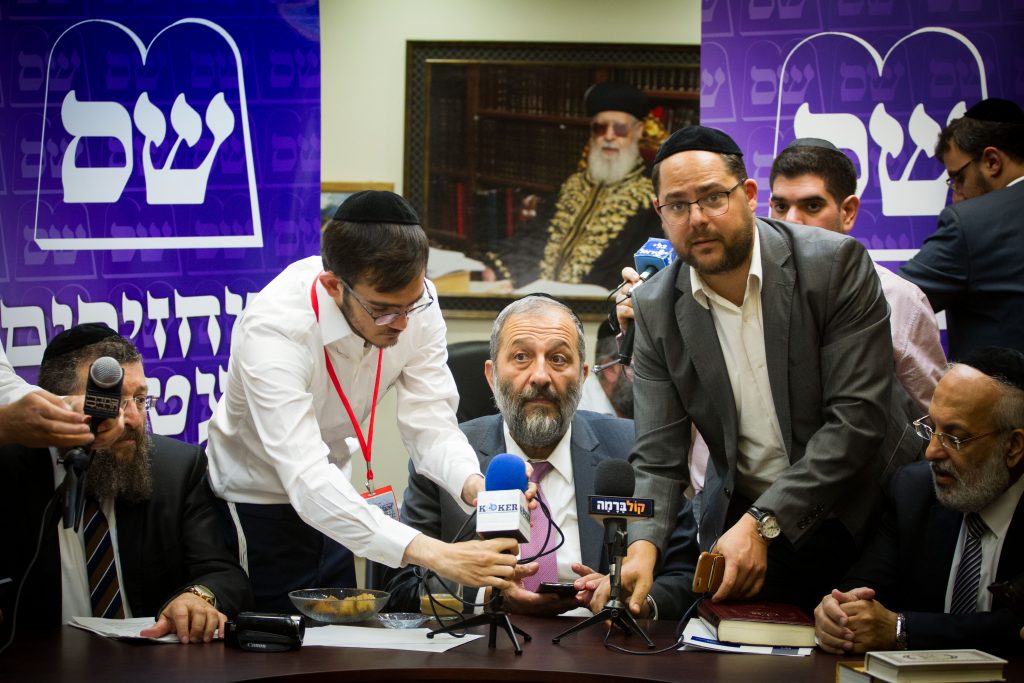 Shas MKs said that they would not appear in the Knesset Wednesday in protest over the comments allegedly made by the head of Channel Ten’s news division, Rami Sadan. A source in Shas told Israel Radio that the party rejected the investigation by the Second Media Authority of the matter, and that they would be satisfied with nothing less than Sadan’s dismissal.

Speaking on Israel Radio Wednesday, Shas MK Rabbi Yoav Ben-Tzur said that even if Sadan apologized for the remarks that Shas regarded as racist, the party would still demand his resignation. “A person like this has no place in public service,” he said. “It is clearly an attitude that is deeply embedded in his being.”

According to a report in Haaretz Tuesday, Sadan met with the Board of Directors of Channel Ten Monday, where he had just been appointed chairman. “The truth is that I am of the ‘elites’ of society, like you,” Sadan is quoted as telling the board members. “I hate Aryeh Deri. We as an elite must break through the fences that keep the channel from spreading to a wider audience. We have to appeal to the Shas crowd, to Mas’uda from Sderot,” he was quoted as saying, using a pejorative reference to 1950s immigrants with Arabic names. Sadan has said that his comments were taken out of context, and that “someone is trying to cause fights between different segments of the religious community.”

The announcement by Shas could impair the ability of the government to pass several bills on the Knesset’s agenda in the coming days. However, it’s unlikely to cause the government to fall, as the opposition currently has only 54 MKs – and it’s unlikely Shas would vote against the government, at least at this point. A meeting of the Knesset subcommittee on illegal workers set for Wednesday was cancelled, because its chairman, Shas head Rabbi Aryeh Deri, did not appear.

Shlomo Filber, Director-General of the Communications Ministry, on Tuesday discussed the matter with the Second Media Authority’s legal counsel and demanded that he question those who were present at the meeting to get to the truth of the allegations. If it turns out that the Haaretz report is accurate, proceedings will begin that could eventually result in Sadan’s removal.

Throughout the day Tuesday, there were several responses both by Sadan and Channel Ten. Initially, the station denied that Sadan had made the statements, but in an interview later on Tuesday, Sadan said that he had discussed the idea of Channel Ten’s reaching out to populations that have avoided it, including members of the Mizrachi community.

Sadan has a background in public relations, and in the past represented Prime Minister Binyamin Netanyahu and his wife. He was chosen for the Channel Ten job about six months ago, after a search committee signed a contract with him. The appointment was opposed by some senior staff at Channel Ten news, who said that due to his relations with the Netanyahus and others whom he represents at his PR firm, the quality of news on Channel Ten would suffer.