Politics Kerry: All Should Celebrate Clinton Win, Regardless of Party
Politics 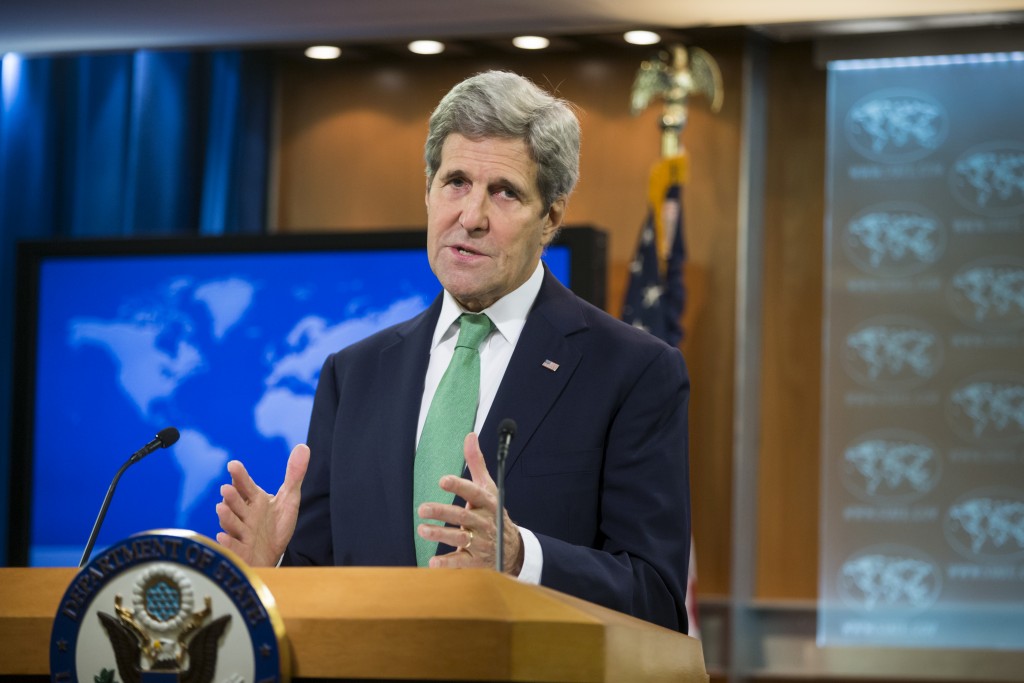 Hillary Clinton’s victory in the Democratic presidential primary race is a “historic moment” for the United States and should be celebrated by Republicans and Democrats alike, Secretary of State John Kerry said on Wednesday.

Clinton declared herself the Democratic Party nominee on Tuesday evening after winning the New Jersey primary, setting up a general election campaign against Republican candidate Donald Trump in the Nov. 8 election.

She is the first woman in American history to attain the presidential nomination of a major political party.

“As a father of two daughters, I’m proud,” Kerry told reporters while traveling from China to the United Arab Emirates, adding that he had sent a message to Clinton congratulating her on the outcome. “She’ll make a terrific president.”

Kerry, who was the Democratic nominee for president in 2004 but lost to Republican incumbent President George W. Bush, said Clinton’s achievement was a “truly historic moment for the nation.”