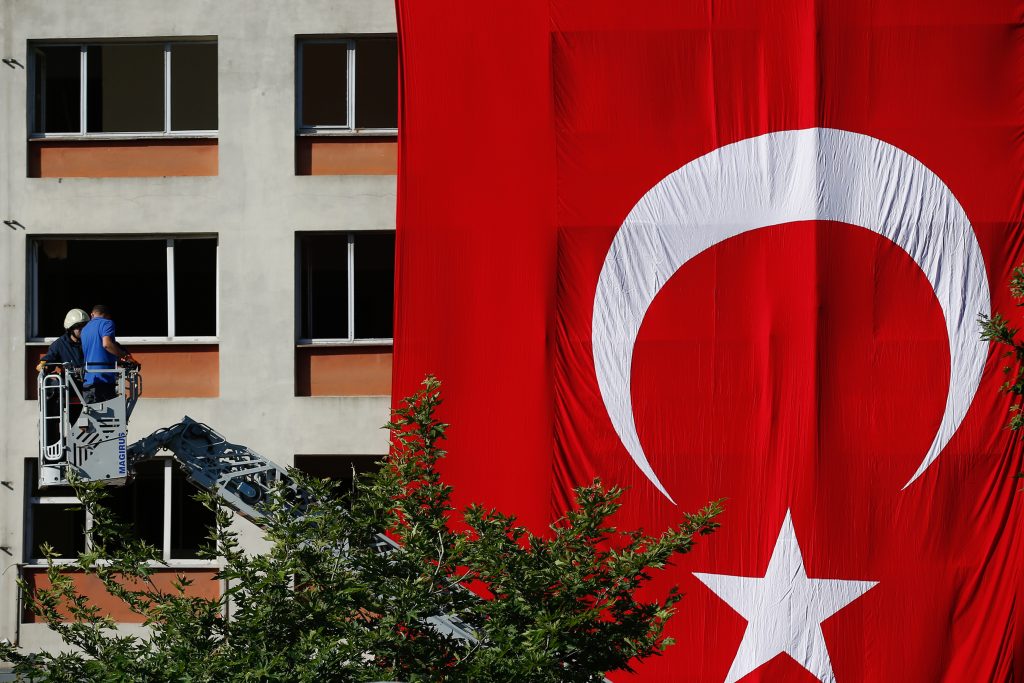 Three police officers were killed and many people wounded in a car bomb attack on a police station in the southeastern Turkish town of Midyat on Wednesday, local media said, a day after a bomb targeting police in Istanbul killed 11 people.

Hospital sources told Reuters more than 20 people including police officers and civilians were wounded in the attack in the province of Mardin, which borders Syria and is part of Turkey’s largely Kurdish southeast.

Two police officers were killed in the blast, the Dogan news agency said. The explosion destroyed the facade of a five-story building, damaged other buildings, and sent a plume of thick black smoke rising over the area.

Clashes broke out between security forces and Kurdistan Workers Party (PKK) terrorists on the scene in Midyat as the attack took place, security sources said. The PKK has waged a three-decade insurgency for Kurdish autonomy in the southeast and violence has spiraled since a ceasefire collapsed almost a year ago.

Ambulances rushed to the scene and reinforcements from the security forces were being sent to the area from around Mardin province, the security sources said.

There has been no claim of responsibility for Tuesday’s attack in Istanbul, in which a car bomb ripped through a police bus during the morning rush hour. But Kurdish militants have staged similar attacks on the security forces in the recent past, including in Istanbul and the capital Ankara.

Turkey says the PKK – considered a terrorist organisation by Ankara, the European Union and the United States – has close ideological and logistical ties to a Kurdish militia fighting just across the border in northern Syria.