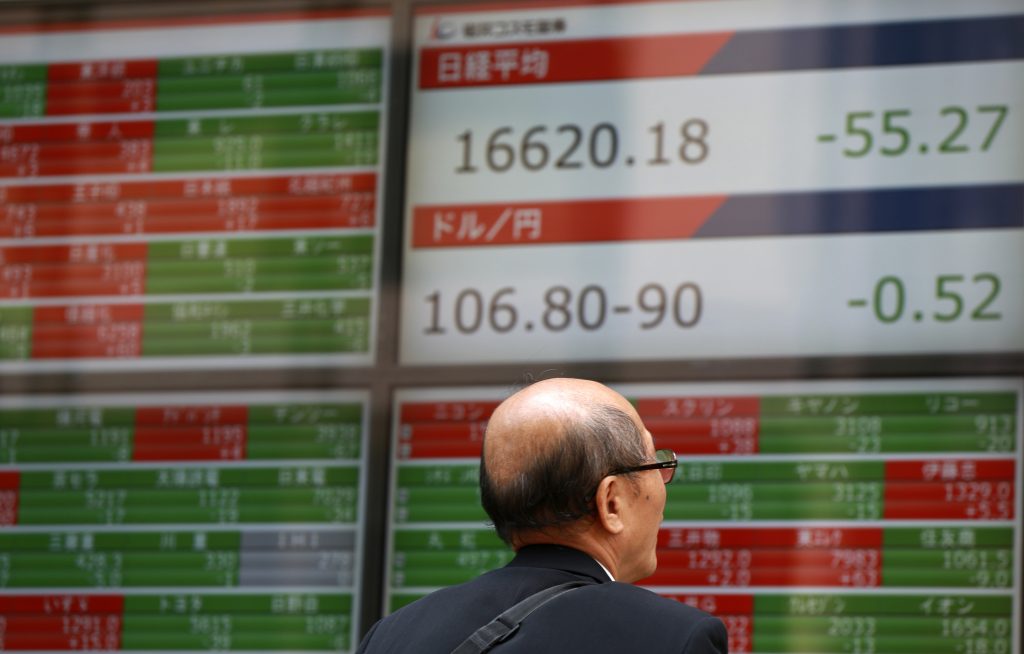 Asian stocks were mixed Wednesday as some benchmarks bounced back after Japan upgraded its growth estimate and China reported weak but improved trade in May.

The World Bank cut its forecast for this year’s global economic growth to 2.4 percent from the 2.9 percent pace projected in January. It cited sluggish growth in advanced economies, stubbornly low commodity prices, weak global trade and diminishing capital flows. It said half the revision was prompted by the struggle of commodity-exporting economies to adapt to lower prices for oil and other key commodities.

“It does seem like the various financial markets are a little disjointed, as trades are somewhat odd,” said Bernard Aw of IG in a report. He pointed to a slump in yields on German, Japanese and other sovereign bonds, which forces investors to buy riskier assets. “Global equities are firmer, but it is not indicative of an uptake in risk appetite,” said Aw. “The up-move was mostly driven by higher oil prices.”

Japan revised its growth estimate for the first quarter of the year to 1.9 percent from the earlier report of 1.7 percent annualized growth. The upgrade reflected improved figures for corporate investment, though economists expect growth to weaken in the current quarter.

China reported that exports and imports contracted again in May, in a sign of weak global and domestic demand. Exports fell 4.1 percent from a year earlier compared with April’s 1.8 percent decline. Imports shrank 0.4 percent to $131.1 billion, an improvement over the previous month’s 10.9 percent fall and better performance than forecasters expected. The weakness threatens to disrupt Beijing’s efforts to lift the economy out of a slump, potentially requiring more stimulus that would set back efforts to reduce reliance on trade and investment.

Benchmark U.S. crude gained 14 cents, reaching $50.50 per barrel in electronic trading on the New York Mercantile Exchange. The contract rose 67 cents on Tuesday to close at $50.36. Brent crude, used to price international oils, gained 7 cents to $51.51 per barrel in London. It jumped 89 cents the previous session to $51.44.