Vizhnitz Mossad Latest to Be Targeted by Quebec Government 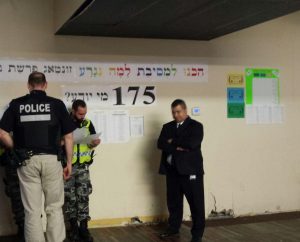 Over the past few years, and particularly in the past year, the Quebec media has been frenzied in its attacks on the local Orthodox Jewish communities, particularly the Chassidic ones. Our communities are being singled out for allegedly not providing our children with an adequate education, and parents are being accused of child neglect, even child abuse. Often, when an item on the subject appears in the news, it is followed by action from the Quebec government targeting our educational institutions.

In the province of Quebec, as in most Western societies, it is the responsibility of parents to ensure that their children receive an adequate education, according to government regulations. Schools that claim to offer government-required courses are responsible for their students to be able to pass government-issued exams. However, schools whose mandate it is to teach a specialty trade, sport, or religion are not obligated to follow government regulations with regards to schooling, and contrary to repeated statements in the local media, are not operating illegally. A religious institution, as opposed to an educational institution, is obligated only to have proper safety permits for the building it uses.

The new Vizhnitz Talmud Torah, Talmud Torah Me’or Chaim Vizhnitz, founded eight years ago, is the latest institution to be embroiled in this debacle. In June 2015, the Talmud Torah acquired a license from the Borough of Rosemont-La-Petite-Patrie, to use its newly purchased building, located on Parc Avenue near Beaubien, for schooling. The Talmud Torah had no issue receiving permission to operate a school on the new premises, as it is not the Borough’s responsibility to ensure that any school is accredited by the government, since schools don’t need any special permits to operate. 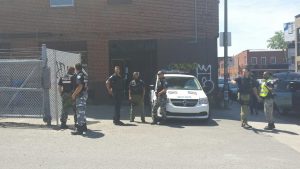 In April 2016, the local child protective services agency (Direction de la Protection de la Jeunesse, or DPJ) contacted the administration of this fledgling institution, explaining that it needed to test the students to ensure that they are developmentally “up to par” or “normal” relative to government standards. The DPJ explained that it preferred for the administration of the Vizhnitz Talmud Torah to act as an intermediary between the parents and the agency, as opposed to them dealing with each parent individually. Subsequently, the administration met with the DPJ in lawyers’ offices, and shared concerns voiced by parents with regards to the testing, asking for certain conditions to be met. The DPJ accepted some of the conditions, and the meeting ended on a good note, with both sides agreeing to reconvene in order to reach a consensus on how the testing would proceed.

Thus, it came as a huge shock to the administration of the Vizhnitz Talmud Torah when on Wednesday, June 1, at 9:30 a.m., as many as 15 police vehicles surrounded the school building in an unnecessary show of force. What seemed like an army of Montreal police officers, 30 or 40 strong, accompanied by several DPJ agents, converged on the institution, instituting an immediate lockdown. Students were confined to their classrooms, along with their teachers, and no one was allowed in or out for over 30 minutes, not even to use the restroom. Several police were stationed at each classroom door and at the entrance. It looked like police were bracing for a school shooting, or something equally dangerous.

Once the school had been properly “secured,” the administration categorically refused to allow the students to be tested then and there, especially after the intense, not to mention unnecessary, trauma the children had been subjected to. The school’s team of lawyers arrived soon thereafter, and after intense discussions, the DPJ agreed to back off, and return once prior arrangements had been made with the administration to test the students.

The administration of the Vizhnitz Talmud Torah has expressed dismay at the way the government chose to proceed. “We were in the middle of negotiations with youth protection when [they] mysteriously decided to force their way in with the police, which wasn’t necessary given our cooperation to date,” said Mr. Hersh Ber Hirsh, a member of the school’s board of directors. “We are certainly not very happy with the trauma caused to the kids and we deplore this show of force.”

Mr. Hirsch explained to Hamodia that the school is now working on enrolling its students in the government’s homeschooling program, as per government regulations. He says he is optimistic that an agreement will be reached, similar to the agreements made by Yeshivas Toras Moshe d’Satmar, Bais Esther d’Satmar, as well as other local religious schools in the area.

Needless to say, the Quebec media had a field day in the days following the raid. One headline screamed, “Operation in a Clandestine Jewish School.” Some media outlets falsely reported that the DPJ had attempted to enter the building on previous occasions, but had been denied access; the story was later retracted.

In the past few weeks, the PQ and CAQ, two popular political parties in Quebec, have criticized Quebec’s ruling party, the Quebec Liberals, for being “too lax” on the Chassidic schools. Sebastien Proulx of the Ministry of Education was asked to comment numerous times on what the government is doing to stop these “illegal schools” by both the opposition parties and the press.

The DPJ has refused to comment on the raid, although Bryan St-Louis, a spokesperson for the Ministry of Education, echoed the sentiment that the school is not in fact “illegal.” He told the National Post, a local media outlet, that the Vizhnitz Talmud Torah is a religious school, not one that is registered as a teaching establishment under the Quebec school curriculum. Therefore, parents of children attending the school are responsible for ensuring that their children are taught the curriculum elsewhere, either by tutors or through homeschooling.

This article appeared in print on page 1 of the June 8th, 2016 edition of Hamodia.