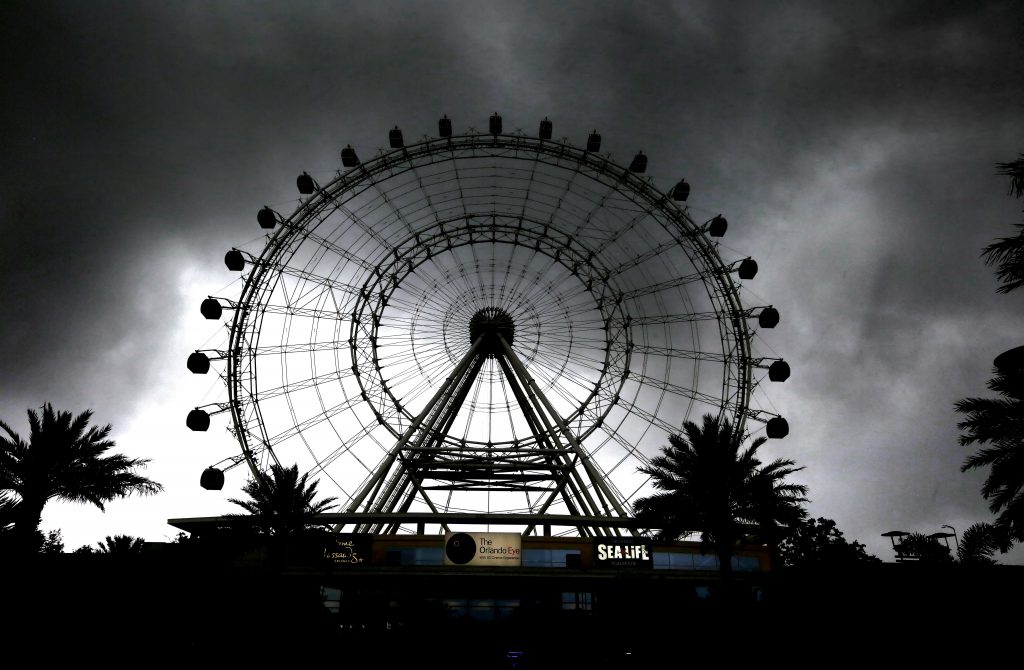 Tropical Storm Colin was expected to continue dropping heavy rains over the Southeast on Tuesday after moving across northern Florida, knocking out power and flooding roads.

Florida Gov. Rick Scott declared a state of emergency as the storm churned its way across the state into southeast Georgia. The National Hurricane Center said Colin marked the earliest that a third named storm has ever formed in the Atlantic basin.

By 8 a.m. EDT Tuesday, the storm was moving into the Atlantic off the North Carolina coast, with maximum sustained winds up to 50 mph, the U.S. National Hurricane Center reported.

On Georgia’s Tybee Island on the Atlantic coast, Susie Morris said she awoke Tuesday to no wind and no rain at the Lighthouse Inn Bed & Breakfast.

“I certainly don’t have any flooding whatsoever, thank goodness,” said Morris, the proprietor of the inn, a restored 1910 home that was once part of the former Fort Screven military outpost commissioned in 1899, ahead of the Spanish American War.

In Florida, where Colin has poured nearly ten inches of rain on some cities, Scott cautioned that the state has seen severe flooding in unlikely places after previous storms.

“We’ll just see how well it runs off,” Scott said. “I always remember back to [Tropical Storm] Isaac in 2012. It went west but we had unbelievable flooding in Palm Beach County.”

There were no reports of major damage in Florida, but the state will be tracking flooding from the sudden deluge of rain, much of which fell during high tides Monday, Scott said in an interview.

Parts of Pinellas County, along Florida’s Gulf Coast, have seen nine inches of rain. Other areas, from Levy to Sarasota counties, were also soaked with one to six inches of rain in a 24-hour period, the National Weather Service said Tuesday.

Flood warnings were issued in many parts of the Tampa Bay area and Tuesday’s commute was shaping up to be a difficult one with roads underwater and, in some areas, closed entirely.

The storm disrupted schools and summer programs. Many children were dismissed early Monday, and two high school graduations in the Tampa Bay area were postponed due to the storms, with both ceremonies being moved to Wednesday night and Thursday. Winds from Colin also closed the Sunshine Skyway Bridge in Tampa.

The high winds and rain also knocked out power to about 10,000 Floridians heading into Monday evening from the Tampa Bay area to Jacksonville.

Colin produced rainfall amounts of three to six inches, and forecasters said up to eight inches were possible across north Florida, southeastern Georgia and coastal areas of the Carolinas through Tuesday. Tornadoes were also a possibility across parts of the coastal Carolinas on Tuesday, the National Hurricane Center said.