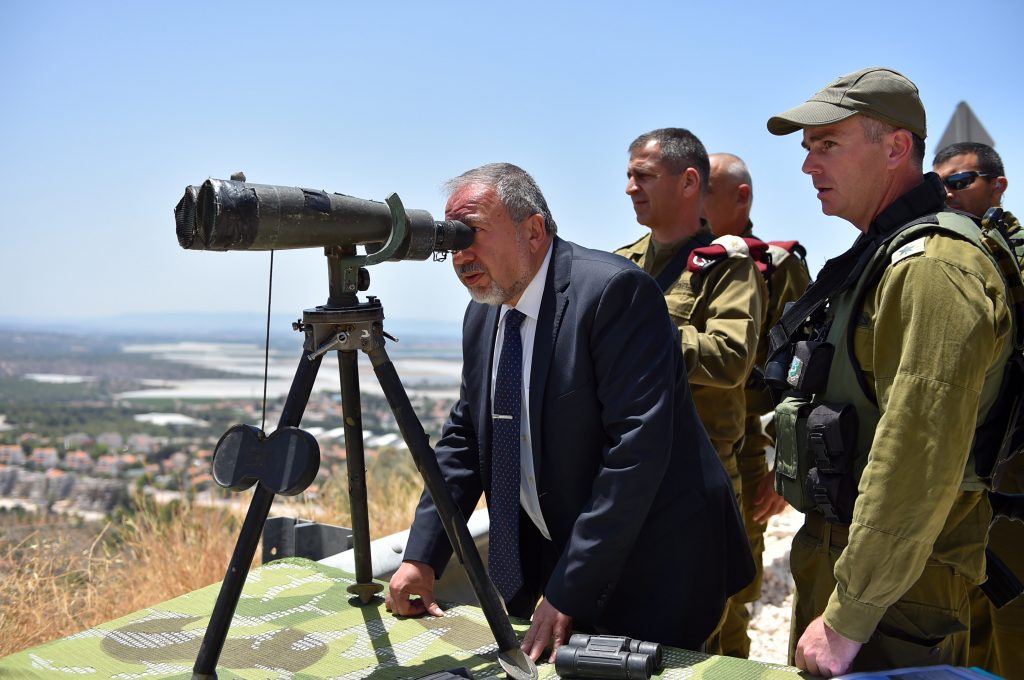 Speaking at the conclusion of the tour, Liberman commended Israel’s military forces in the north, remarking: “I heard today several assessments of this region, which is always sensitive, and I can say that our northern border in in good and safe hands.”

Liberman said he was “impressed” with the IDF’s extensive planning and warned Israel’s enemies “not to test us.”