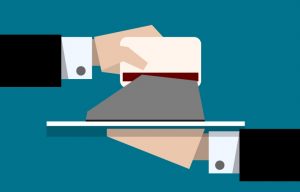 Consumers slowed their borrowing in April after pushing up their debt levels by a record amount in March.

The Federal Reserve said Tuesday that total borrowing increased by $13.4 billion in April. That’s down from a revised March increase of $28.4 billion, which had been the largest monthly increase on record.

Even with the slower increases, total consumer debt still rose to a record level of $3.6 trillion in April.

Consumer spending, which accounts for 70 percent of economic activity, is expected to accelerate in the current April-June period, helping boost the overall economy. Economic growth, as measured by the gross domestic product, slowed to a barely perceptible annual growth rate of 0.8 percent in the January-March quarter, in part because consumer spending slowed.

Many economists are forecasting that second quarter growth will accelerate to a rate of 2 percent or better, with further strengthening to around 2.5 percent growth coming in the second half of the year.