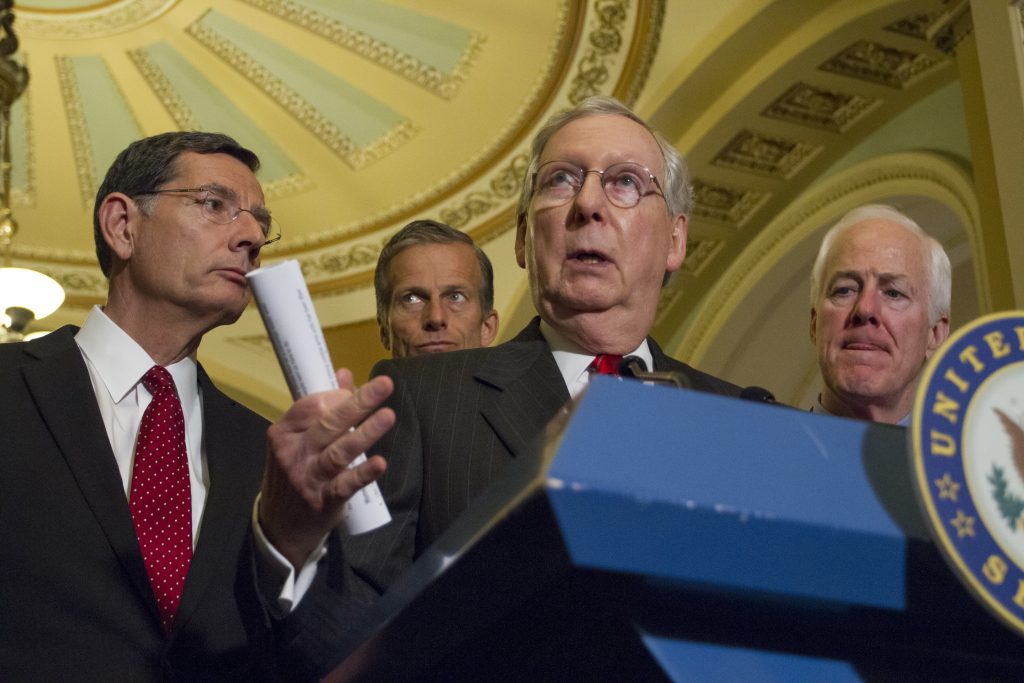 This is a reversal for Kirk, one of the more endangered GOP incumbents, who had said recently he would support Trump.

In a statement Tuesday, Kirk said that Trump’s “belief that an American-born judge of Mexican descent is incapable of fairly presiding over his case is not only dead wrong, it is un-American.”

Kirk said he was hoping the rhetoric would tone down. Instead, Trump’s comments along with past attacks on Hispanics, women and “the disabled like me, make it certain that I cannot and will not support my party’s nominee” regardless of the impact on his own candidacy.

The senator added that he has concluded Trump is not fit to be commander-in-chief and oversee thousands of nuclear weapons.

Later Thursday, Trump asserted that his comments were being “misconstrued,” but did not back down or apologize for saying repeatedly that U.S. District Judge Gonzalo Curiel could not preside fairly over a case involving Trump University because the judge is of Mexican heritage and Trump wants to build a wall between the U.S. and Mexico.

“I do not feel that one’s heritage makes them incapable of being impartial, but, based on the rulings that I have received in the Trump University civil case, I feel justified in questioning whether I am receiving a fair trial,” Trump said in a lengthy statement that repeated his claims that students at Trump University, far from being fleeced as some claim and as evidence suggests, were overwhelmingly satisfied.

Some other Republican politicians who have said they would vote for Trump, including House Speaker Paul Ryan, have also criticized Trump’s comments about Judge Curiel. But thus far, only Kirk has withdrawn his endorsement of Trump.

Prior to Trump’s statement, South Carolina Sen. Tim Scott, the only black Republican senator, said Tuesday that Trump’s comments are “racially toxic,” but that he’s still supporting Trump for president.

Speaking to reporters, Scott said Trump needs to focus on the general election and “we need to win.”

Scott said he saw no need for GOP lawmakers to rescind their endorsements of Trump. He said the Obama administration has been “disastrous” for communities across the country.

“Clinton would just provide four more years of the last eight, and that’s not in anybody’s best interest,” he said.

“Let’s face it: meet the old Trump, just like the new Trump,” Flake, who has long opposed the billionaire’s candidacy, told reporters on Tuesday. “We’ve got what we’ve got. That’s not somebody who can win the White House.”

“Where there’s no talk of a convention challenge or anything else, this might spur it,” Flake said.

But New Jersey Gov. Chris Christie said that Donald Trump has the right to express his opinion and that he’s not a racist.

Christie has endorsed and campaigned with Trump since Christie dropped his own candidacy for the presidency.

Both Christie and his son, Andrew, are delegates for Trump. They voted Tuesday at the firehouse in their hometown of Mendham. Their names are on the ballot with Trump’s.

Christie told reporters that he wouldn’t take questions on what he called the “judge kerfuffle.”