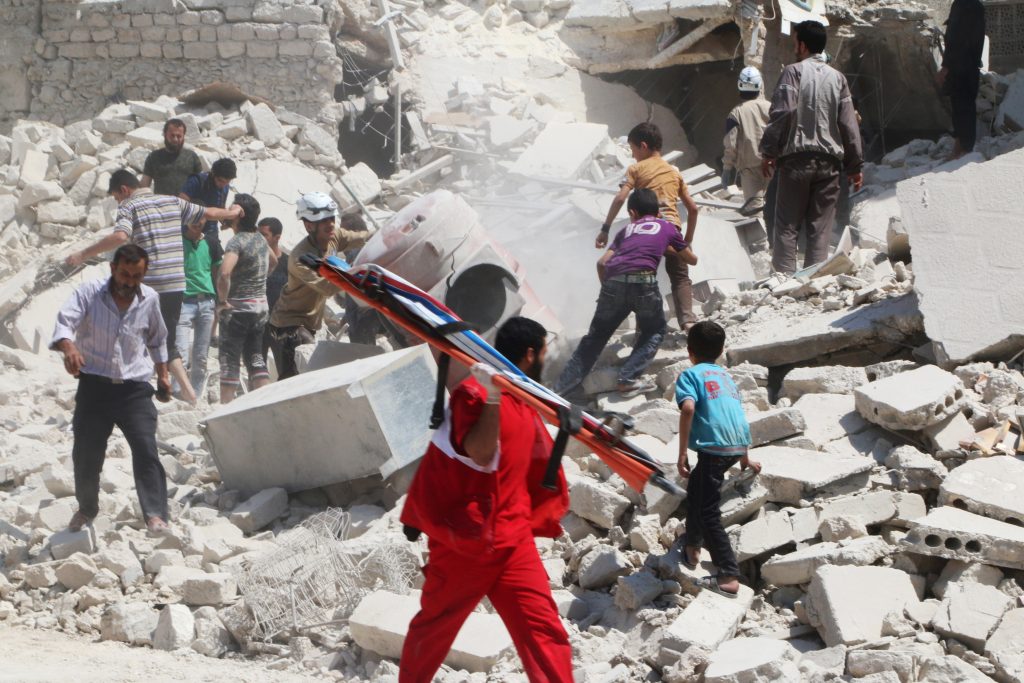 Syrian and Russian warplanes killed at least 17 people in an air raid on a market in the eastern province of Deir al-Zor on Monday, the monitoring group Syrian Observatory for Human Rights reported.

The strikes hit the town of Ashara, about 40 miles southeast of the provincial capital, Deir al-Zor city. Eight children were among those killed and the toll was expected to rise because of the high number of serious injuries, the Britain-based Observatory said.

Warplanes bombed other areas of Deir al-Zor province, which is mostly under the control of Islamic State. The group has laid siege since March last year to the remaining government-held areas in Deir al-Zor city.

A Syrian military source said the army had captured a crossroads in its latest offensive from which it could advance towards Raqqa, Deir al-Zor or eastern Aleppo.