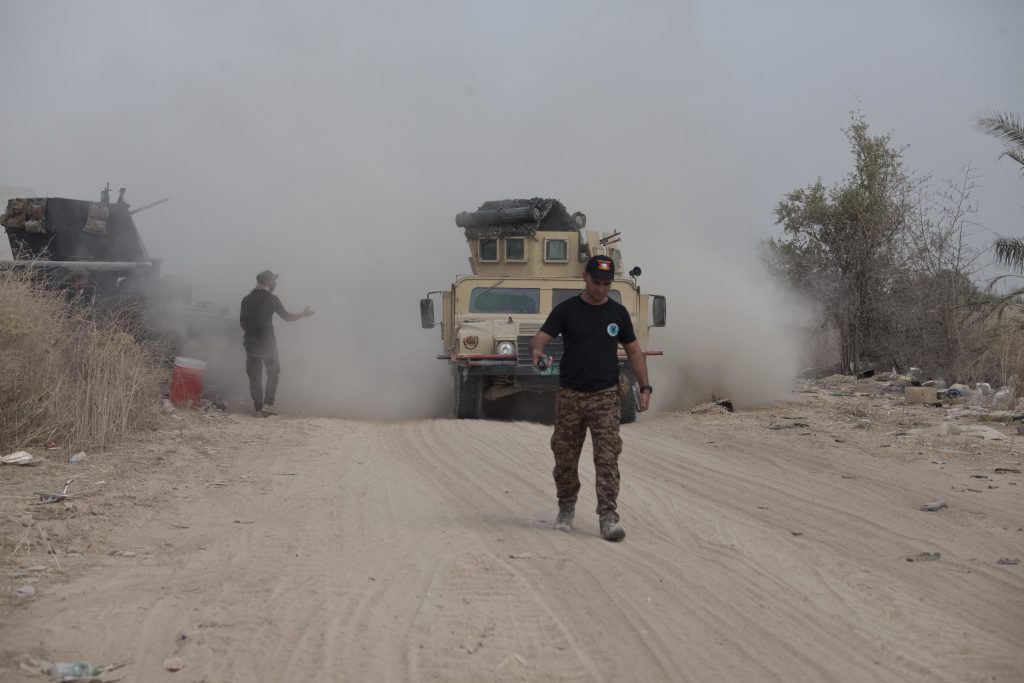 The Islamic State terror group has been shooting at civilians as they try to flee the nearly two-week battle between Iraqi government forces and IS in the city of Fallujah, west of Baghdad, an international aid organization and Iraqi military say.

On Sunday, the terrorists shot and killed seven civilians and seven IS defectors inside Fallujah as they attempted to flee, Iraqi Maj. Ali Hanoon said.

Hanoon, who is with the elite Iraqi counterterrorism forces, on Monday put the number of civilians killed by IS since the operation started at “dozens” but declined to be more specific, saying the information coming out of Fallujah is sporadic and often incomplete. Iraqi officials say the total is likely higher.

Iraqi forces, backed by U.S.-led coalition airstrikes, have been fighting to retake the IS-held city of Fallujah since late May, but the advance stalled last week because of heavy resistance the terrorists have put up, and because an estimated 50,000 civilians remain trapped inside the city. On Sunday, Iraqi forces secured the southern edge of Fallujah, a largely agricultural area.

“They know that if they trap the civilians, it will slow our progress,” Hanoon said.

Last week, a suicide bomber blew himself up in a crowd of civilians attempting to flee Fallujah, killing two people and wounded three, according to police.

From Baghdad, the Norwegian Refugee Council, which works with refugees and internally displaced Iraqis, said late Sunday that a number of fleeing civilians have been killed as they tried to cross the Euphrates River. Iraqi officials had no immediate information on the river incident.

The NRC cited interviews with some of those who fled the city.

“Our biggest fears are now tragically confirmed, with civilians being directly targeted while trying to flee to safety,” said Nasr Muflahi, the NRC Country Director in Iraq. “This is the worst that we feared would happen to innocent men, women and children who have had to leave everything behind in order to save their lives.”

The NRC put the total number of families who managed to flee from the outskirts of Fallujah in the early days of the Iraqi offensive, which started May 21, at 2,980. Only a couple more families have managed to escape from inside Fallujah since then, the NRC added.

The Fallujah operation in Iraq coincides with a twin offensive on IS-strongholds in neighboring Syria. Syrian Kurdish forces are advancing on Manbij, an IS-held city controlling the supply route between the Turkish border and the town of Raqqa, the militants’ de facto capital.

At the same time, Syrian government troops are advancing on Raqqa from the south.