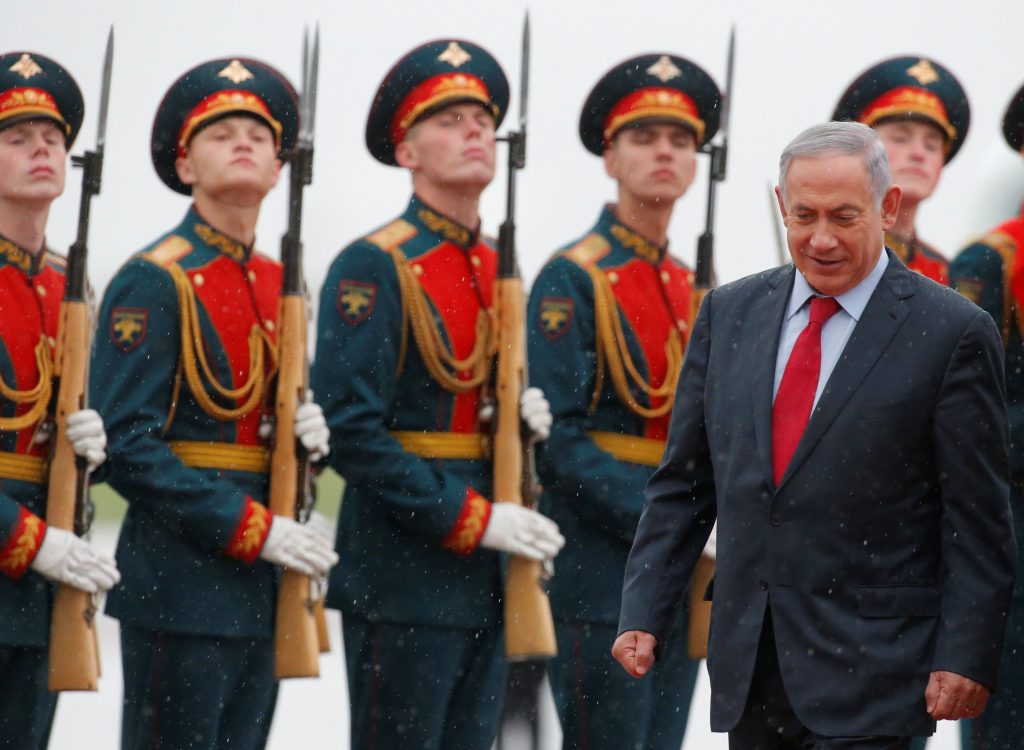 Israeli Prime Minister Binyamin Netanyahu arrived in Moscow on Monday for a meeting with Russian President Vladimir Putin to continue a series of talks on the Syrian conflict and other regional issues.

The two-day trip is Netanyahu’s third to Russia since September and also comes as the two nations mark 25 years since the reestablishment of diplomatic relations after the fall of the Soviet Union.

Netanyahu is also scheduled to visit the Moscow museum, where an Israeli tank taken by Syrian forces in the 1982 Lebanon war is on display. The Syrians handed it over to Russia, and Putin recently agreed to return the tank to Israel.

Israel had sought the return of the tank in part to console the families of soldiers missing in action since the battle in which it was captured.