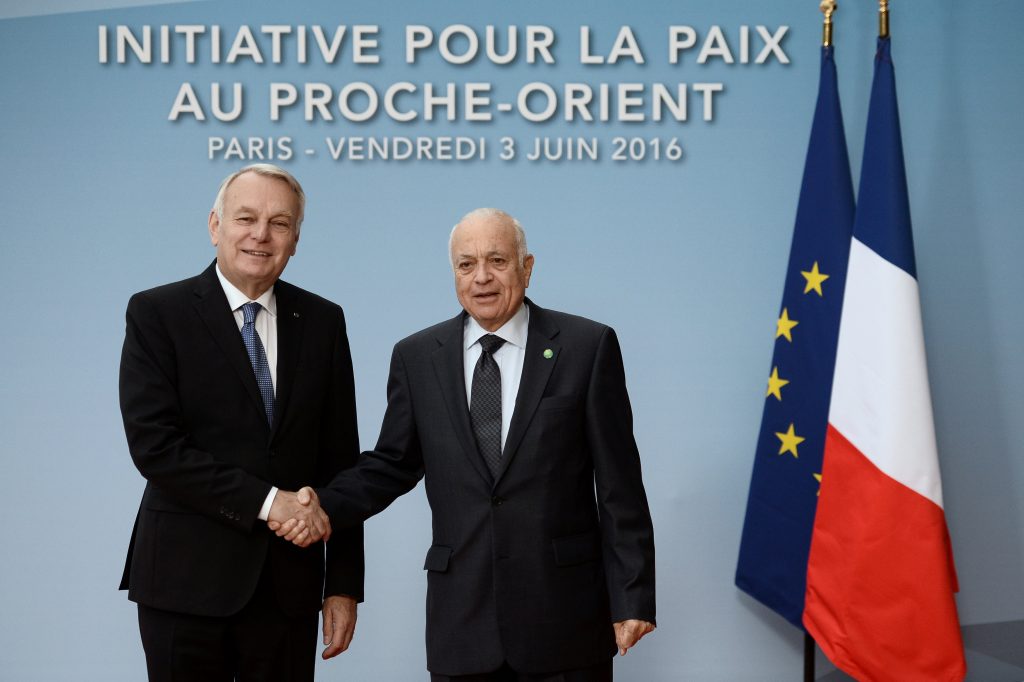 The Arab League has rebuffed Israeli Prime Minister Binyamin Netanyahu’s recent statement of willingness to consider parts of the 2002 Arab Peace Initiative as a basis for renewed peace talks.

The League’s Secretary-General Nabil al-Arabi on Monday said they would not accept changes. Saudi Minister of Foreign Affairs Adel al-Jubeir had a similarly negative reaction.

“Israel is pushing some European states and the American administration to utterly transform the Arab Peace Initiative,” he told the London-based Arabic-daily a-Sharq al-Awsat.

“We are willing to negotiate with the Arab nations over updating the initiative and having it reflect the dramatic changes that have taken place in our region since 2002, while maintaining the agreed upon goal of a two state solution,” said Netanyahu.

Arabi was also hostile to the idea of a regional peace initiative led by Egypt instead of the French initiative, and attacked Israeli Foreign Ministry Director-General Dore Gold, who has advocated it.

“I know Gold personally from the time he served as Israel’s ambassador to the U.N. Nothing good can come out of him; he is one of the most extreme people I know,” the Arab League secretary said.

“It changed things and softened its tone,” he said.

“It (the communiqué) could have been more firm, but the Americans objected,” he said, adding that Secretary of State John Kerry “was not keen on the idea.”

Regarding the Paris summit itself, Arabi was lukewarm, saying only that it was “helpful.” He cautioned against more talks that lead nowhere, however.

“We do not need another Madrid conference or a something similar to the Iran nuclear talks in Vienna. We need a productive conference, like the one that took place in Geneva in 1974,” Arabi said in reference to the diplomatic efforts that preceded military disengagement between Israel and Egypt and later Israel and Syria.

“The Paris summit did not generate a mechanism to solve the conflict, nor did it issue time limits for any Israeli-Palestinian peace talks,” Arabi added, though it was understood that it was only intended as a precursor to a more substance-oriented meeting later in the year.