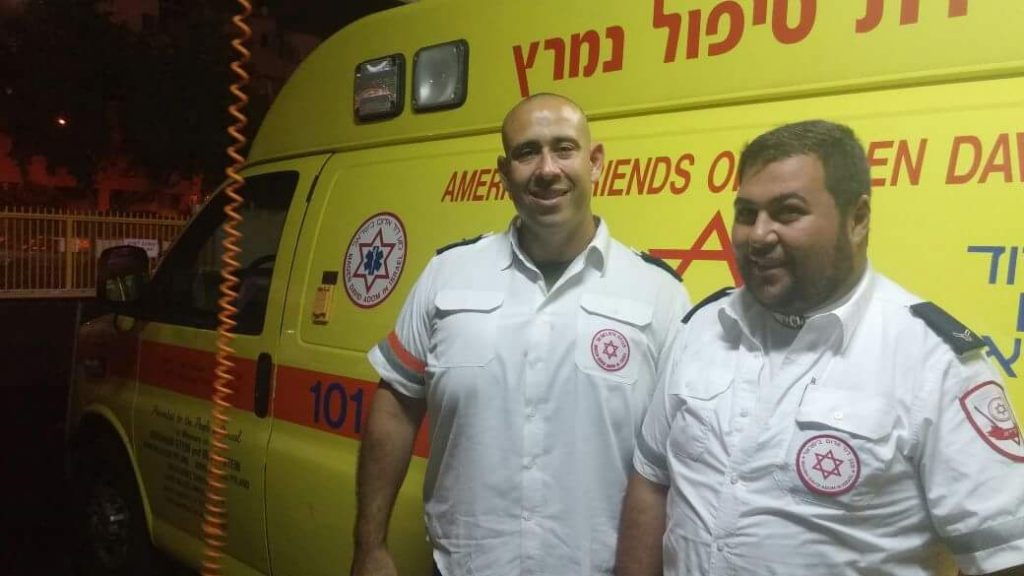 If you would have asked young Ohr Kadosh seven years ago where he saw himself in 2016, he would not have been able to give you an answer. At that time, he was in a coma in the Beit Levenstein Rehabilitation Center in Ranana, Israel, after his life was saved by a Magen Dovid Adom mobile intensive care center team.

In Sivan 5769/2009, the MDA station received a message early one evening about a person stretched out on the road near the town of Alei Zahav. The local security officer reported that he was in serious condition, and it was unclear how he had gotten there.

The MDA unit led by Dotan Katz was dispatched to the scene. Along with MDA paramedic Gabi Rebibo, he gave Kadosh emergency treatment all the way to Beilinson Hospital while he was unconscious. After a month, he was transferred to Levenstein, in a coma.

While his chances of recovery appeared to dwindle, a nes occurred. Seven months after arriving at Levenstein, he began to awaken, and he was transferred to Tel Hashomer Hospital. There, his condition continued to improve, until he was released and allowed to return home.

Kadosh wanted to show his gratitude to those who saved his life, and decided that the best way to do that was to do the same for others. So he took a course in emergency treatment in Ariel and then enlisted as a volunteer paramedic in the MDA’s Yarkon district.

Still, he felt something was missing. He decided that to close the circle, he would call Dotan Katz, who had saved his life, and suggest that the two work together. Katz agreed right away. On Sunday, seven years exactly from the day his life was saved, Kadosh worked an MDA shift alongside Katz.