World FOCUS: Isolated Erdogan at Odds With Just About Everyone in Syrian War
World 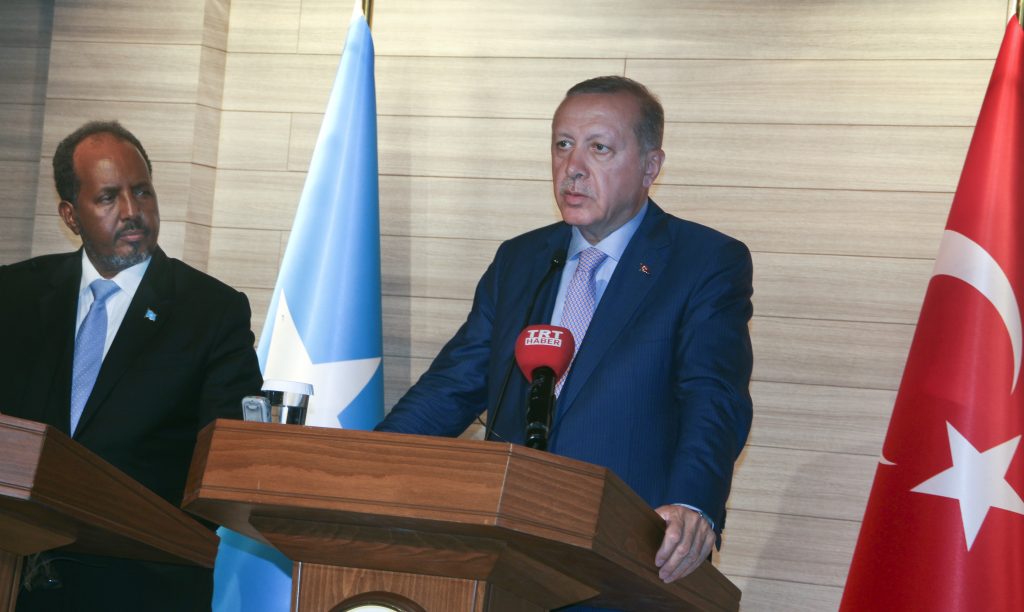 Gonul Yabancicegi’s 14-year-old grandson was just meters away from her when another Islamic State missile hit their Turkish border city.

“A whistling sound ripped the sky and then it landed right next to Emre,” Yabancicegi, 54, said of the strike on Kilis from inside Syria. “I jumped into the flames to wrap my arms around him, but he was already soaked in blood. His last words were, ‘Save me, grandma.’”

When Bashar al-Assad triggered what became one of the Middle East’s deadliest conflicts with a bloody crackdown on protesters in Damascus five years ago, Erdogan was hoping his former vacation partner would soon be ousted. But the war fed the rise of Islamic State and the battle was quickly joined by another pledged enemy — separatist Kurds. Now he’s battling two foes who’ve bombed Ankara and a third, Vladimir Putin, Assad’s biggest benefactor, who’s exacting retribution for Turkey’s downing of a Russian fighter jet in November.

And just when it seemed things couldn’t get much worse, the U.S., a NATO partner, deepened its ties to Kurds in Syria over Erdogan’s very vocal opposition. Boxed in by allies and enemies alike, there’s little Turkey can do now but continue to fortify its border and gird for more violence.

“Turkey at the moment is attempting crisis management in a situation it can’t control,” Ilnur Cevik, an Erdogan adviser, said in an interview at the presidential palace in Ankara on Thursday. “We can’t get rid of Assad, and the Russian involvement has further complicated the picture — and the American involvement with the Kurds has complicated the picture even more.”

With few good options, government forces are digging in for the long haul in Kilis, 37 miles north of Syria’s Aleppo. Erdogan cited the shelling of Kilis in ordering further border reinforcements in May and tens of thousands of soldiers from Turkey’s 560,000-strong army, the largest in NATO after the U.S., are now poised here and in other garrisons along the 559-mile frontier.

Concrete walls taller than a man seal off most of the border, monitored from guard posts dotting freshly harvested wheat fields. Red triangles warn of minefields near where Selim the Grim routed the Mamluks five centuries ago, clearing the way for the Ottoman conquest of much of the Middle East.

Tanks and howitzers ensconced behind dirt embankments silenced Islamic State artillery in mid-May, but the two sides resumed fire over last weekend. Now the Kurdish resurgence in Syria, helped by both the U.S. and Russia, is raising the prospect of what Turkey views as an even bigger threat — an autonomous zone from which Kurds can wage their decades-long insurgency.

“Erdogan’s dreams of ousting Assad and restoring Ottoman-era influence have been dashed, but the game is just beginning for the Kurds,” said Nihat Ali Ozcan, a strategist at the Economic Policy Research Foundation in Ankara.

Turkey’s unyielding Kurdish policy is putting the NATO member in the rare position of being at odds with the U.S. and Russia. The former Cold War foes are staking any further success in their separate campaigns against Islamic State in part on the PYD, the main Syrian Kurdish group, and its armed wing, the YPG, as well as the Syrian Democratic Forces, or SDF, a Kurdish-led coalition that includes Arab, Assyrian, Turkmen and Circassian fighters.

Last weekend, Erdogan lashed out at the U.S. for backing a faction he considers indistinguishable from its outlawed sister organization, the PKK, which is battling government troops inside Turkey and has long been labeled as a terrorist group by the U.S. and the European Union.

“The aim of those who are using the PYD terrorist organization along Turkey’s southern borders is clearly to cut Turkey’s ties with the Middle East and North Africa,” Erdogan said at a ceremony marking the Ottoman Army’s 1453 conquest of Constantinople, now Istanbul. “Turkey will continue making preparations in every field to foil these games.”

The PYD, with the help of U.S. special forces, is now mobilizing to drive Islamic State out of what Turkish generals call the Manbij pocket, a key staging area for transporting jihadists in and out of the country.

The campaign, which is being coordinated with the U.S.-backed SDF, could change the equation of both the civil war and the Kurdish struggle for autonomy, according to Mohamed Wajih Joumah, a Turkmen surgeon and senior figure in the political opposition. The SDF is pushing north from the Tishrin Dam on the Euphrates toward the city of Manbij, 62 miles northwest of Raqqa, the capital of Islamic State’s self-proclaimed caliphate. Meanwhile, the PYD is approaching Jarablus, on the Turkish border, from the west.

“If they succeed in capturing both towns, it will open a Kurdish corridor from Iraq to the Mediterranean,” Joumah said in an interview in southern Turkey.

Turkey’s military has long feared Kurdish control of the Manbij pocket because that would allow them to sever its last direct supply line to the Free Syrian Army, a force of about 35,000 based in Aleppo.

“But the biggest risk of direct Turkish intervention is Russia,” said Jennifer Cafarella, an analyst at the Institute for Study of War in Washington. “Russia is intentionally pressuring Turkey on multiple fronts in an effort to undermine and ultimately break the NATO alliance by driving a wedge between Turkey and the U.S.”

Erdogan and Putin have traded barbs since the jet downing, which led to sanctions that have hit Turkish farmers and helped damage the country’s tourist industry. Last week Erdogan accused Russia of supporting terrorism by arming the PKK, while Putin has accused Turkey of aiding Islamic State.

For those in Kilis who haven’t fled, life and commerce will never return to normal until Erdogan manages to repair ties with Russia and Syria and resolve the Kurdish issue — all of which seem like impossibilities now, said Haluk Salca, 60, who sells gas canisters to make ends meet. He was speaking from a stool in the shade of a 16th century mosque that was shelled while former Deputy Prime Minister Yalcin Akdogan was in the nearby governor’s office.

“Border trade is the lifeblood of this region, but it’s gone now,” Salca said. “We need peace and stability, but instead we live in fear.”