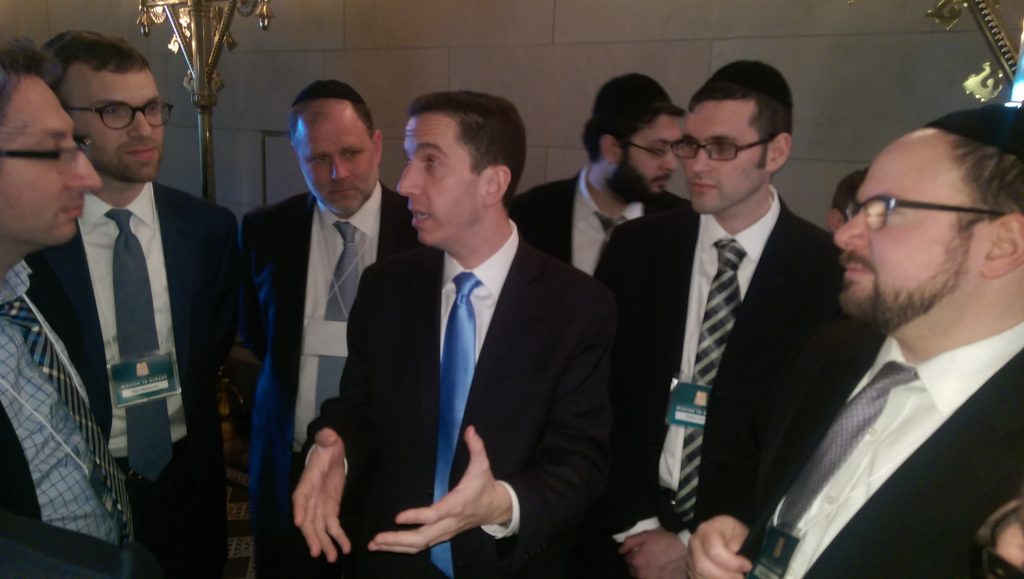 An Orthodox Jewish assemblyman from Queens will not run for a fourth term.

Philip Goldfeder said in an op-ed Thursday that he is ending his legislative career five years after it began, which he called “the greatest and most rewarding job of my entire life.”

But Goldfeder said that he was spending too much time in Albany and not enough with his young, growing family.

“My wife Esther and I recently welcomed our son, Gabriel — our third child — into the world…” Goldfeder wrote in The Wave, a Rockaway newspaper. “The birth of our son makes me think about the Rockaway he will come to know — the place where he will grow, learn and, hopefully, have his own family someday. My wife and I are able to raise him and his big brother and sister in the same neighborhood where I grew up because of the opportunities that Rockaway provided for us.”

Leon Goldenberg and Chaskel Bennett, whom as trustees for Agudath Israel of America dealt closely with Goldfeder, called him a lawmaker who will be missed from the public discourse.

“It is rare when the public and the press lament the exit of an elected official,” Bennett said, “but Phil Goldfeder has served honorably and with distinction and that’s no small feat in today’s political environment. We need strong, talented and independent leaders like Phil Goldfeder who are willing to stand up for us in government. He will be hard to replace.”

“People need to realize that you cannot pay these salaries and keep good people,” Goldenberg said. “It is a tough, demanding job. You spend at least three nights away a week from your family for 20 weeks, you are running for office 24/7 and there is no downtime.”

Lawmakers earn $79,000 a year. A spate of corruption arrests in recent years have hampered attempts to give them a raise.

Goldenberg said that he “wishes him luck in his future endeavors.”

Goldfeder served in the offices of Mayor Michael Bloomberg and Sen. Charles Schumer before winning election in 2011 in his heavily Jewish district. He developed a reputation as a doer in the aftermath of Superstorm Sandy which devastated his district — as well as forced him out of his own home.