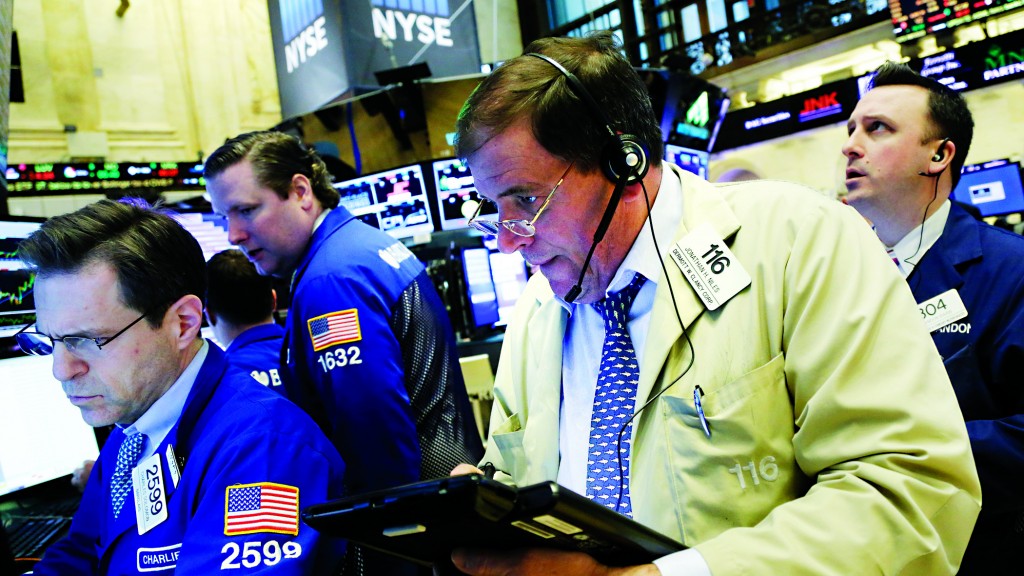 Wall Street finished lower on Friday, led down by financial shares, after a surprisingly weak jobs report prompted doubts about the U.S. economy and its ability to sustain a near-term interest rate hike.

The U.S. economy created the fewest number of jobs in more than 5-½-years in May as manufacturing and construction employment fell sharply. Nonfarm payrolls increased by only 38,000 jobs last month, well below economists’ forecast for an increase of 164,000.

Traders significantly cut bets that the Federal Reserve will raise rates at its meetings in June and July. Such sentiment was reflected in the weakness in the financial sector, which is seen as benefiting in a rising rate environment.

The group dropped 1.38 percent, its worst fall in about two months, with declines in shares of Bank of America and Citigroup.

Utilities, a high-dividend-paying group whose appeal declines when rates go up, rose 1.66 percent.

“I think this puts into serious question if the Fed is going to do anything for the year,” said Mark Grant, managing director and fixed-income strategist at Hilltop Securities in Fort Lauderdale.

Stocks had fallen more steeply during the morning but pared back losses by the afternoon, encouraging some investors. The S&P 500 ended within 1.5 percent of its record closing high.

But “when you step back and say ‘how scared should I be about this one-off job number,’ I think … investors that have a little longer horizon go, probably not so much.”

Following signals by the Fed last month, global markets have been bracing for a near-term interest rate increase. The U.S. central bank raised rates in December for the first time in nearly a decade.

Investors will now turn to Fed Chair Janet Yellen’s speech on Monday for clues about the bank’s next move.

The S&P 500 is up about 2.7 percent in 2016 after a gloomy start to the year amid jitters about the global economy and a volatile oil market.

Among the few bright spots on Friday, Broadcom rose 4.9 percent to $162.56 after the chipmaker reported better-than-expected quarterly profit and revenue.

About 7 billion shares changed hands on U.S. exchanges, slightly above the roughly 6.9 billion daily average for the past 20 trading days, according to Thomson Reuters data.