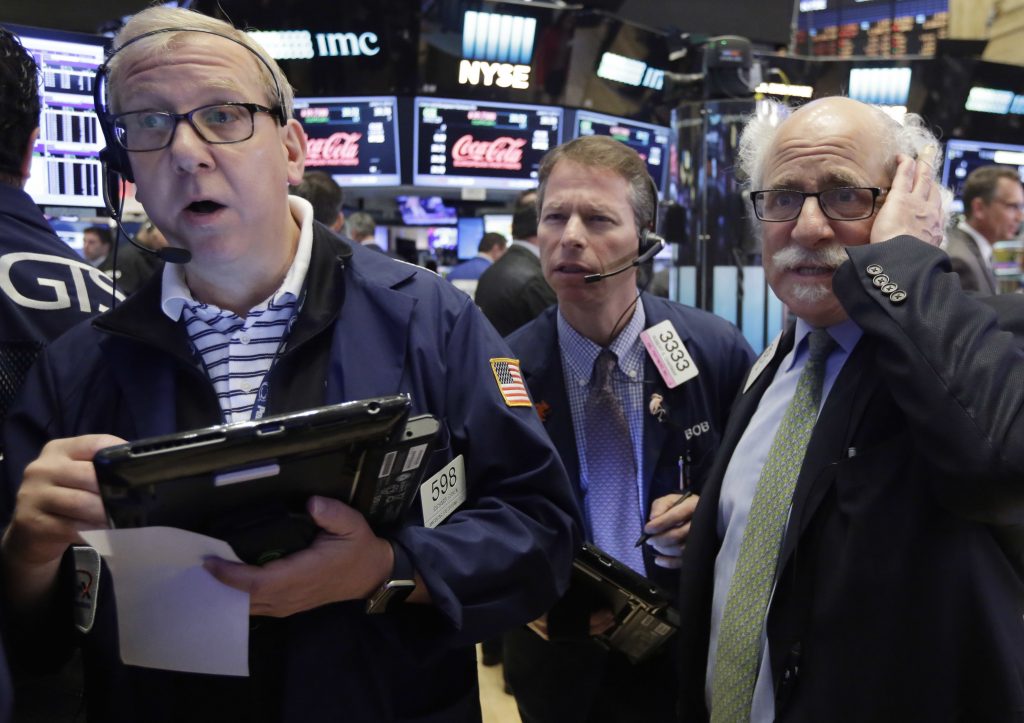 A slide in financial and consumer stocks led U.S. indexes lower in late morning trading Friday, as investors weighed the implications of a key government report showing that hiring slowed sharply in May. The downbeat job survey was a sign of economic weakness that could dissuade the Federal Reserve from raising interest rates this month. The dollar fell sharply against most major currencies, while bond prices surged as investors sought safety in U.S. government-backed debt.

U.S. ECONOMY: The Labor Department reported that the U.S. economy added only 38,000 jobs in May, the lowest amount in five years. The unemployment rate fell to 4.7 percent from 5 percent, but mainly because about half a million unemployed people stopped looking for work. Separate reports out Friday also showed a mixed snapshot of the economy. The Institute of Supply Management said U.S. services firms grew in May at the slowest pace in more than two years, while the Commerce Department said orders to U.S. factories rose in April by the largest amount in six months.

NOT SO BAD: Gap rose 3.2 percent a day after the clothing-chain operator said sales at established stores declined 6 percent in May, better than the 7-percent-drop forecast by financial analysts. The stock added 59 cents to $18.92.