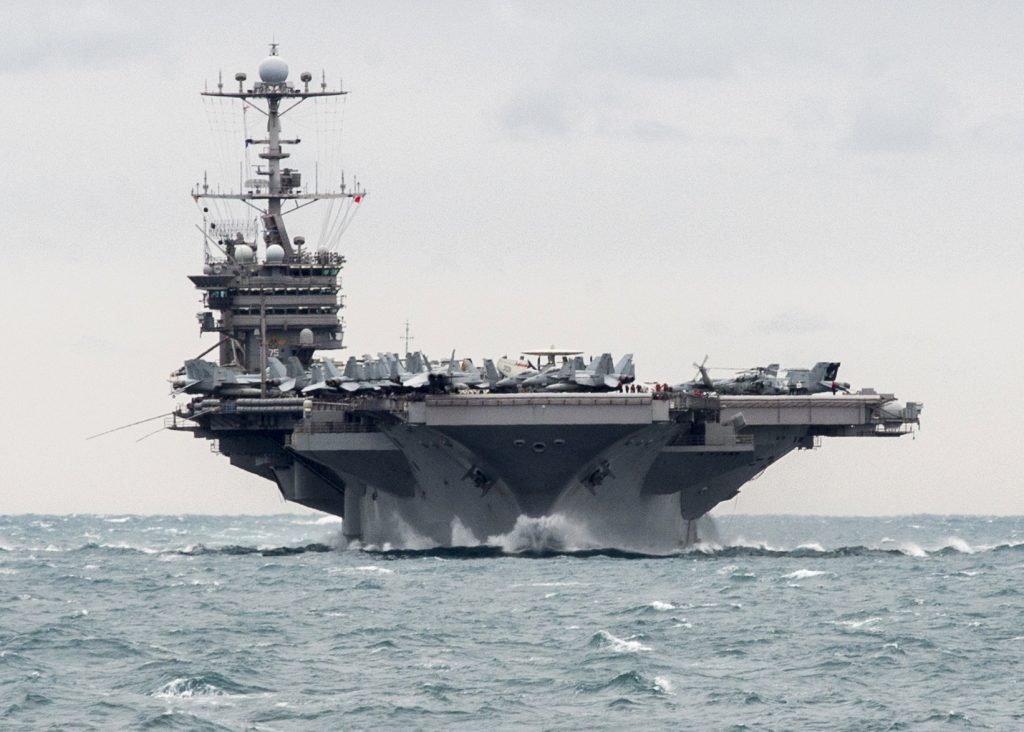 The jets departed from the USS Harry S Truman after the aircraft carrier moved into the Mediterranean through the Suez Canal, according to the Navy. It gave no immediate details on whether the targets were in Iraq or Syria, or what sort of targets were hit.

The move demonstrated the carrier’s ability to conduct sustained missions even when moving from one region to another, a senior U.S. Navy official said.

The USS Truman and other ships in its strike group served as the principal asset in the U.S. fight against Islamic State targets while it served in the Navy’s 5th Fleet area of operations, while also working together with the French aircraft carrier Charles de Gaulle.