U.S. Factory Orders Up 1.9 Percent in April, Best in 6 Months 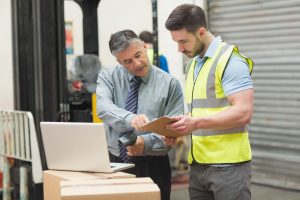 Orders to U.S. factories increased by the largest amount in six months, but much of the strength came from a rise in demand for commercial aircraft.

Factory orders increased 1.9 percent in April, the biggest gain since a 2.4 percent rise in October, the Commerce Department reported Friday. Orders had been up 1.7 percent in March after having fallen in February.

Demand in a category that serves as a proxy for business investment spending declined 0.6 percent, after a 0.3 percent increase in March and a 2.1 percent February decline.

Manufacturing has been hurt in the past year by a big plunge in investment spending in the oil industry and weakness in exports, which reflect a global slowdown and the strong dollar.

Orders for durable goods such as autos and appliances increased 3.4 percent, unchanged from a preliminary report, while demand for nondurable goods, such as chemicals and paper, increased 0.4 percent after a 1.4 percent rise in March.

The increase was led by a 65.3 percent surge in orders for commercial aircraft, a volatile category from month to month, which was rebounding after two months of declines.

Orders for machinery fell 1.9 percent, led by an 86.1 percent plunge in demand for mining and oil-field equipment. This sector has been hurt by the cutbacks in exploration and drilling that have come after the big plunge in energy prices.

Demand for computers rose 3.5 percent while orders for furniture dropped 2.2 percent in April.