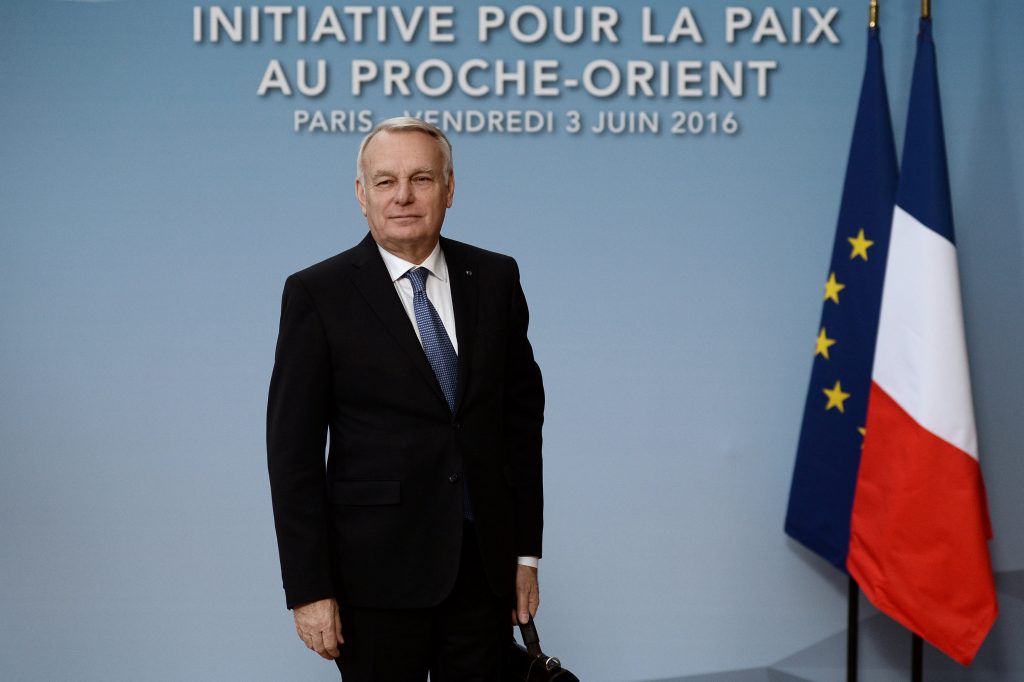 U.S., European and Arab diplomats are meeting Friday in Paris for a French-led effort to revive the Mideast peace process, despite skepticism from Israel. France persuaded U.S. Secretary of State John Kerry, U.N. Secretary-General Ban Ki-moon and foreign ministers and officials from nearly 30 other countries and international organizations to join Friday’s meeting to try to prevent an escalation of violence.

Israel and the Palestinians will not take part, but the French hope the meeting could lead to eventual direct talks.

France’s President Francois Hollande, who will open the conference, said in a statement Thursday that the Israeli-Palestinian conflict faces a “dangerous deadlock.” The meeting will allow participants to “reaffirm their commitment to the two-state solution and their determination to create the conditions for resumption of direct talks,” he said.

Kerry and Ban will be joined by representatives from the European Union, the Arab League and important countries in the region such as Egypt, Saudi Arabia and Jordan.

A senior U.S. State Department official said Secretary of State John Kerry would bring no specific proposals to the conference. U.S. delegates will be in Paris “to listen to the ideas that the French and others may have, and talk through with them what might make sense going forward,” the official said, dampening expectations.

While objecting to the French initiative, Prime Minister Binyamin Netanyahu has stopped short of saying Israel would boycott the conference, although Dore Gold, director general of Israel’s Foreign Ministry, told reporters in Yerushalayim that the initiative was doomed.

“One hundred years ago, two officials by the name of Mark Sykes and Francois-George Picot tried to dictate a new order in the Middle East. It was at the apex of the era of colonialism in our era. This effort utterly failed then, and will completely fail today,” he said.

Sykes and Picot were British and French diplomats who secretly mapped out a Middle East their nations would control on defeating the Ottoman Turks in World War I, but the borders they drew have been blurred by nationalist and sectarian bloodshed in recent years.

France’s foreign minister Jean-Marc Ayrault envisions two outcomes for Friday’s conference. First, the prospect of another peace conference that would include the Israelis and the Palestinians by the end of the year, he told Le Monde newspaper Thursday. Second, the creation of working groups to prepare for potential direct talks. One would focus on economic incentives, another on security guarantees that could help convince the two parties to come back to the negotiation table.

The core issues of the conflict will not be discussed during Friday’s conference. France hopes to start a “pragmatic” process in hopes of making progress “step by step,” a French diplomat said, praising a “modest approach.”

Another French diplomat added: “We know the path is difficult, the goal will be hard to reach. But we considered it’s worth trying.”

Both officials were speaking on condition of anonymity because they were not allowed to disclose content of talks ahead of the conference.

The most recent round of talks broke down two years ago. The Palestinians, along with much of the international community, have accused Netanyahu of undermining peace talks by continued construction in east Yerushalayim and in the Jewish communities in Yehudah and Shomron.