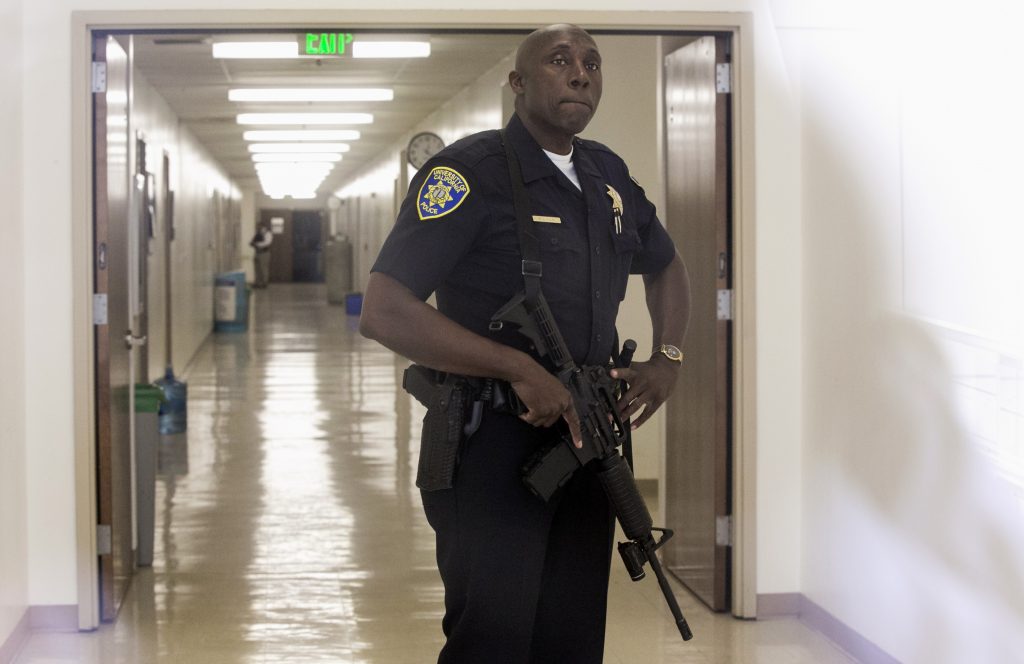 A murder-suicide brought a massive police response and widespread fear of an active shooter among tens of thousands of people at UCLA. Now fear has shifted to sadness as many lament the death of a professor who worked on computer models of the human heart who was also a doting father who coached his young son’s baseball team.

William S. Klug, a professor of mechanical engineering, was gunned down in an engineering building office Wednesday, according to a law enforcement official with knowledge of the investigation but not authorized to publicly discuss it.

The shooter in the murder-suicide has not yet been identified, and finding his motive in killing Klug will be foremost in the investigation as it continues Thursday.

Classes at the University of California, Los Angeles campus will resume Thursday for most of the school, and on Monday for the engineering department, whose students and faculty were coming to grips with his loss.

“Bill was an absolutely wonderful man, just the nicest guy you would ever want to meet,” said a collaborator, UCLA Professor Alan Garfinkel. “Devoted family man, superb mentor and teacher to so many students. He was my close colleague and friend. Our research together was to build a computer model of the heart, a 50 million variable ‘virtual heart’ that could be used to test drugs.”

The initial reports from the scene set off widespread fears of an attempted mass shooting on campus, bringing a response of hundreds of heavily armed officers who swarmed the campus.

Groups of officers stormed into buildings that had been locked down and cleared hallways as police helicopters hovered overhead.

Advised by university text alerts to turn out the lights and lock the doors where they were, many students let friends and family know they were safe in social media posts. Some described frantic evacuation scenes, while others wrote that their doors weren’t locking and posted photos of photocopiers and tables they used as barricades.

After about two hours, city Police Chief Charlie Beck said it was a murder-suicide and declared the threat over. Two men were dead, and authorities found a gun and what might be a suicide note, he said.