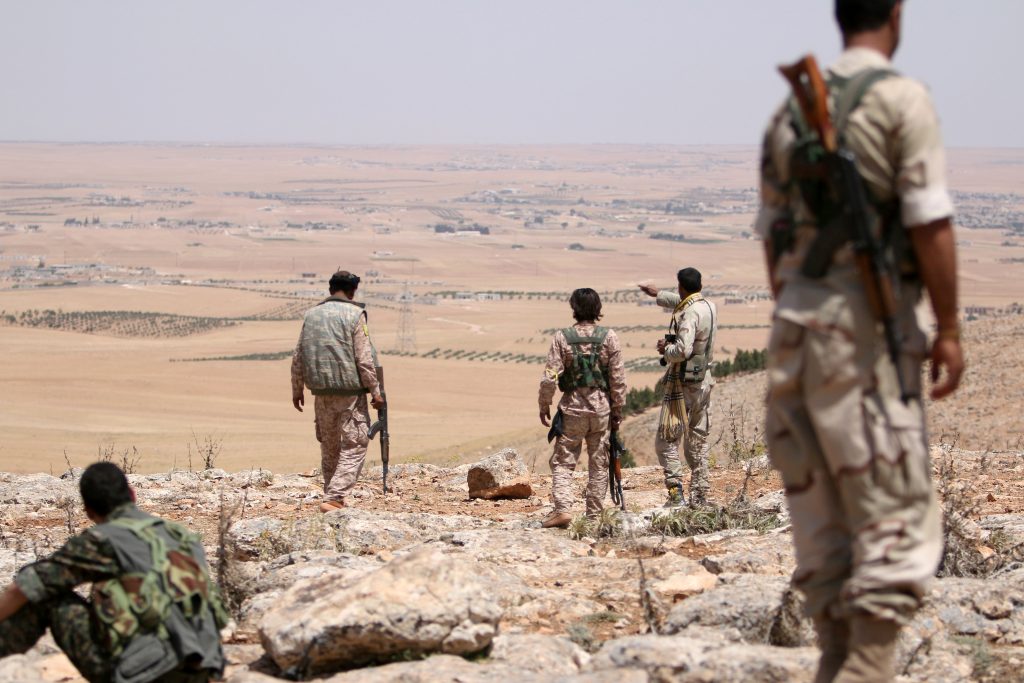 An alliance of U.S.-backed Syrian militias vowed on Thursday to drive Islamic State terrorists from the town of Manbij and nearby areas in northern Syria, urging civilians there to stay away from Islamic State positions that would be targeted in the campaign.

“We confirm that this campaign will continue until the liberation of the last inch of the land of Manbij and its rural areas,” said a joint statement in the name of the attacking Syria Democratic Forces and allied Manbij Military Council.

The statement was read out on the banks of the Euphrates River by Manbij Military Council commander Adnan Abu Amjad.

The statement urged civilians in Manbij to cooperate with the attacking forces and said control would be handed to a civilian council after the town was freed.