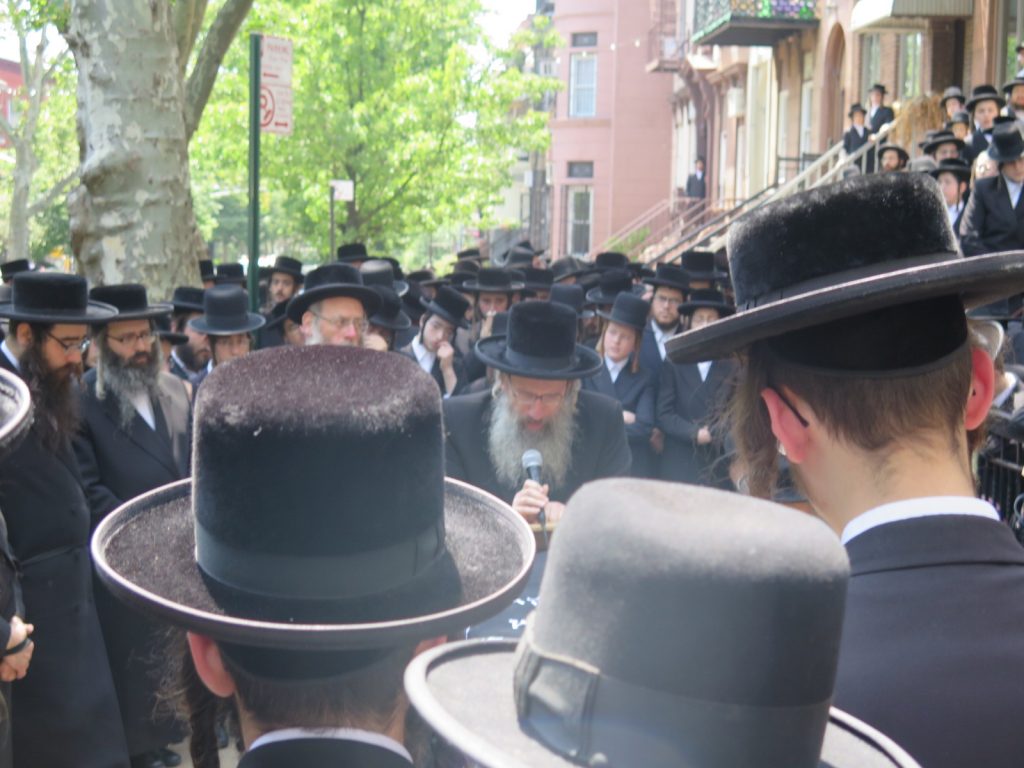 The community of Williamsburg was shaken by the tragic petirah of 5-year-old Shimon Yisrael Meisels, z”l, who was niftar in a tragic accident Wednesday evening.

Compounding the heartbreaking loss, this is the second tragedy to strike the family, as the child’s mother, Mrs. Malkah Mesisels, nee Spitz, a”h, was niftar just under two years ago, leaving the child and several siblings orphaned. She was the daughter of the Bistritzer Rav.

“When a Jewish child is ripped away in such a terrible way it’s a tragedy for the whole Williamsburg community and for Klal Yisrael,” said a friend of the Meisels family. “What is there to say, the situation is too painful to put into words. It’s such a horrific situation for the father, the siblings, for everyone. He was a very special child from a very special family.”

The boy was on the porch of his family’s apartment, when he fell to the street. A Hatzolah ambulance responded quickly and rushed the child to Brooklyn Hospital Center, but efforts to resuscitate him were unsuccessful.

On Thursday afternoon, hundreds of heartbroken mourners gathered at the Shopraner beis medrash in Williamsburg to give kavod acharon to Shimon Yisrael, in what was an especially emotional and tearful levayah.

“When the boy’s father began to speak and broke down in tears, the whole crowd cried with him,” said one man.

The father, Harav Yoel Yaakov Meisels, spoke about accepting the bitter decree from Shamayim with emunah and recalled memories of taking young Shimon Yisrael with him to shul and learning Chumash and saying Tehillim with him.

Other maspidim included the child’s grandfathers; the Shopraner Rav and the Bistritzer Rav, as well as his older brother.

The niftar was named after his illustrious great-grandfather, Harav Shimon Yisrael Posen, zt”l, Shopraner Rav. His father serves as a maggid shiur in the Satmar Yeshivah under the leadership of the Rebbe, Harav Zalman Leib Teitelbaum, shlita. He is the son of the Shopraner Rav, shlita.

The levayah continued to Monsey for kevurah in the Vizhnitz beis hachaim.