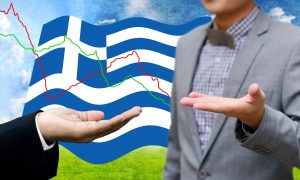 Earlier this month, Greece’s government announced the formation of a privatization “superfund” to sell off state-owned assets, including the Greek railways, postal service and a number of utilities. Its scope — the sale of 50 billion euros in state assets — comes a close second in scale to the privatizations of the 1980s in Britain under Margaret Thatcher.

The comparison is apt: If the government goes through with its plans, the effects could be as far-reaching as any of Thatcher’s reforms. Unlike previous privatization funds, the new fund — called the Hellenic Company for Assets and Participation — will plow 50 percent of its revenues back into Greece, delivering a much-needed boost to investment. Its lifespan of 99 years suggests that this is a long-term project. And the fact that the fund includes two representatives from the European Stability Mechanism on its supervisory board — one of whom will be its president — says much about where the impetus is coming from.

As important as the privatizations are, though, they cannot succeed without progress on cutting through the red-tape that binds the Greek economy, long home to one of Europe’s most labyrinthine regulatory environments.

Privatizations succeed best in an efficient domestic economy where competition exerts pressure on managers to improve their businesses. When the Thatcher government prioritized the privatization of public transport to improve passenger experience, there was an implicit understanding that privatization of the National Bus Company in itself was not going to increase competition. The Transport Acts of 1980 and 1985 reduced bus subsidies, scaled back government planning of bus systems and introduced trial license-free areas. New operators could effectively run services on any route they wished. They responded by reducing fares, increasing service and adjusting schedules to meet demand.

That environment doesn’t exist today in Greece. Of the 189 rankings in the World Bank’s Ease of Doing Business Index, it languishes at 144th for property registration and 132nd for contract enforcement. It is 54th in the rankings for starting a new business, below Ukraine, Mongolia and Cote D’Ivoire — countries with a fraction of Greece’s GDP.

In 2014, the OECD made 329 recommendations to help Greece increase competition. Seventy-six of them focused on tourism and travel. They ranged from allowing hotels to offer discounts, to abolishing the 48-hour minimum for cruises, to changing the rule that only new buses could be licensed for tourism. A scant few were put in place.

The adage “don’t just sit there, undo something” was used by reformers in the Thatcher era to emphasize the importance of rolling back regulation alongside privatization. Greece has a lot of “undoing” ahead of it.

The experience of Britain and others tells us that in addition to getting deregulation right, it’s important that Greece not delay key privatizations. The Institute for Government notes that despite the recession of 1980–1981 the de-nationalization of British Telecom was a catalyst for the country’s privatization process.

So where should Greece start? Since tourism is such an important part of the country’s economy, the fund could do worse than to begin by selling off Hellinikon airport in Athens, Greece’s largest single piece of real estate.

According to the government, which favors the sale, privatizing the airport could bring in revenues of around 2 billion euros ($2.2 billion) and bolster travel, generating 10,000 jobs in construction and a long-term employment gain of an estimated 70,000 in business activity created by the new infrastructure.

There is no single policy that will, on its own, revive the Greek economy. But privatization and deregulation together can reshape the country’s supply side, opening up new competitive opportunities and creating jobs. With government debt at over 180 percent of gross domestic product, and little progress to date on debt forgiveness, this isn’t just the best option for Greece; it’s the only one.