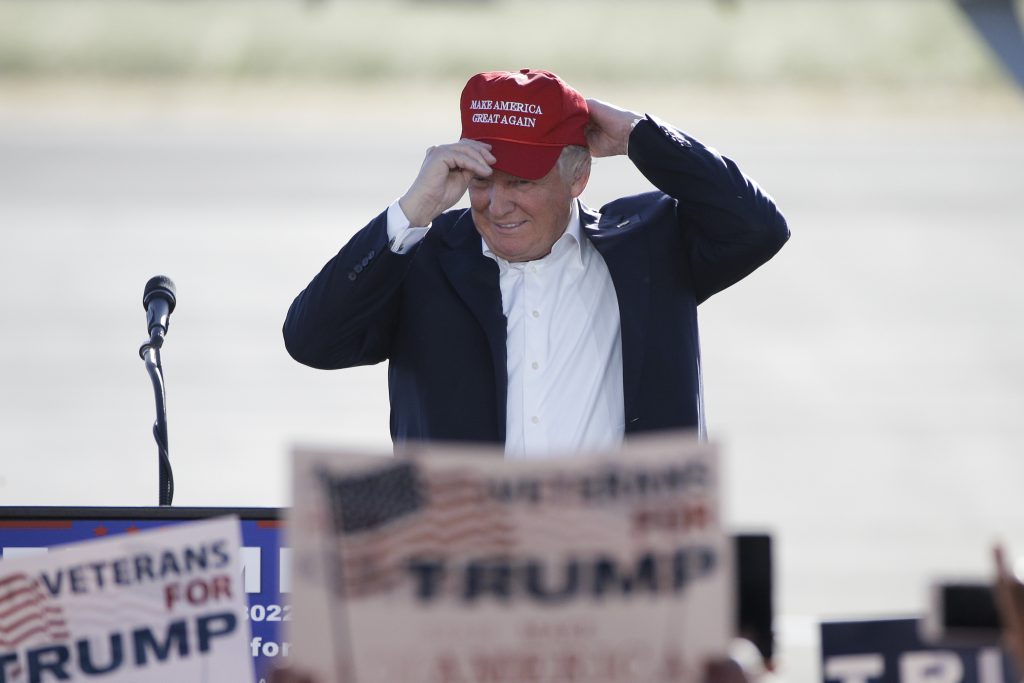 Some U.S. intelligence officials are concerned that Donald Trump’s “shoot from the hip” style could pose national-security risks as they prepare to give him a routine pre-election briefing once he is formally anointed as the Republican presidential nominee.

Eight senior security officials told Reuters they had concerns over briefing Trump, whose brash, unpredictable campaign style has been a feature of his rise as an insurgent candidate. Despite their worries, the officials said the “Top Secret” briefing to each candidate would not deviate from the usual format to avoid any appearance of bias.

Most of the officials asked for anonymity to discuss a domestic political issue.

Current and former officials said that the scandal over Hillary Clinton’s use of emails also raises concerns about her handling of sensitive information. The likely Democratic nominee is facing an FBI probe into whether security was compromised and laws were broken by her use of a private email server for government business while she was secretary of state.

“The only candidate who has proven incapable of handling sensitive information is Hillary Clinton,” said Michael Short, a spokesman for the Republican National Committee. “If there is anyone they should be worried about, it is Hillary Clinton.”

Intelligence and other security and foreign-policy officials are also trying to determine “who on (Trump’s) team are trustworthy,” the official added. “We’ve never had a situation like this before. Ever.”

A spokesperson for Trump’s campaign did not respond to a request for comment.

Other officials downplayed such worries, noting that the traditional briefing, while classified as Top Secret, is mostly a broad overview of national-security issues and does not include the most sensitive government secrets about intelligence sources and operations.

The nominees are usually briefed shortly after their party nominating conventions, and are allowed to include one or two aides who must undergo security checks. Current and former officials say the nominees are explicitly warned not to share the contents of the briefing, which includes detailed intelligence assessments.

After election day, presidents-elect receive the same Presidential Daily Brief, or PDB, that the sitting president gets, complete with material on the intelligence agencies’ sources, methods and covert operations.

Rep. Adam Schiff, the top Democrat on the House Intelligence Committee, told Reuters that he shared some of the concerns over how Trump, who has never held public office, might use information from the briefing.

“I would be very concerned with Mr. Trump’s ability to know what he can and can’t discuss” publicly about the contents of an intelligence briefing, said Schiff, who has endorsed Clinton for president.

Schiff said one consequence of intelligence agencies’ worries about Trump’s reputation as a loose cannon could be that briefers circumscribe some of the information they provide to Trump and Hillary Clinton, his prospective Democratic opponent.

Trump has tended to make broad-brush statements on foreign issues rather than delve into policy nuances. He drew criticism from some former national security officials last month when, without evidence, he quickly tweeted that the downing of an EgyptAir flight appeared to be a terrorist attack.

Clinton is honing in on national security as a key potential weakness for Trump, and is set to deliver a foreign policy speech on Thursday designed to portray the billionaire businessman as unfit for the White House.

Officials familiar with the views and policy of Director of National Intelligence James Clapper’s Office, which will give the in-person briefings, say it will do its utmost to avoid any suggestions of political favoritism or bias.

Officials say the spy agencies intend to follow past practice and give identical briefings to both nominees.

One former intelligence official said Clinton could have an advantage in the briefing because she would likely ask more probing questions than Trump, a newcomer to foreign policy.

The briefings provide an “overview of pressing issues and hot spots around the world,” said former CIA officer David Priess, who briefed attorneys general and FBI directors, but not presidents.

One U.S. intelligence official said that Trump’s style may not be such a risk because the briefings are general in nature and often track publicly available information.

“If he reads the papers every day, he won’t hear much that will surprise him,” the official said.

Current and former officials said that covert operations and the intelligence agencies’ “sources and methods,” which are among the nation’s most tightly guarded secrets, are never discussed in the pre-election briefings.