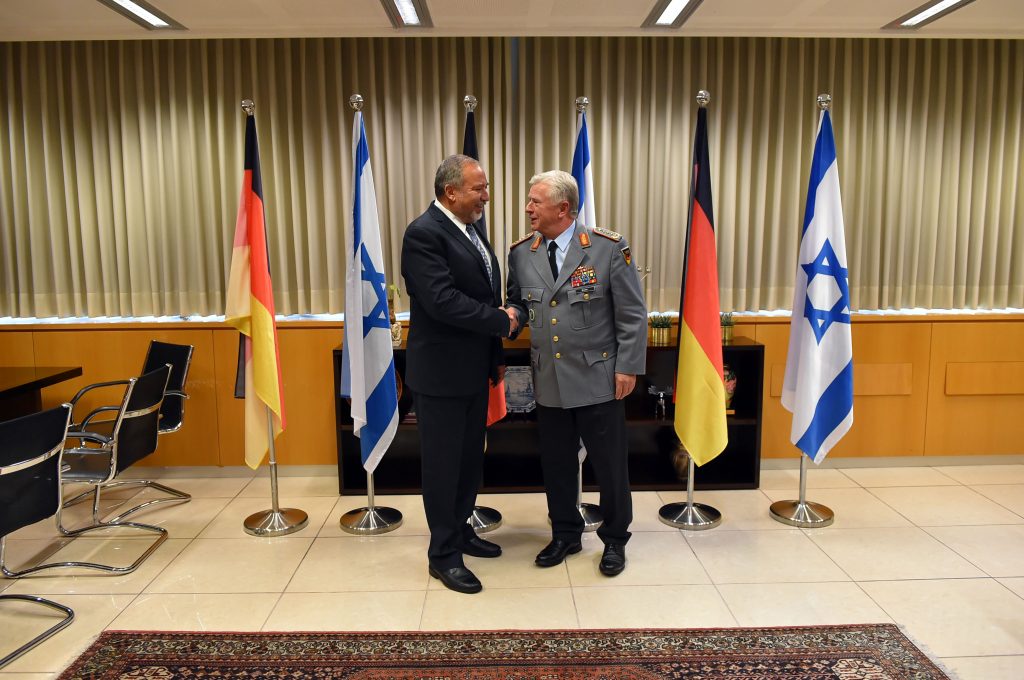 The newly-appointed Defense Minister Avigdor Liberman met on Thursday with his predecessor Moshe Yaalon, who arrived at the prime minister’s office in Yerushalayim for the meeting.

This was the first transition talk between the two since Liberman took office this week. The meeting lasted almost two hours, and no details were made available to the press. Yaalon would only say that he promised Liberman he would stand ready to help him at any time the need arises.

Yaalon left the office without meeting with Prime Minister Binyamin Netanyahu.
Liberman then returned to his new office in the Defense Ministry in Tel Aviv where a flow of work awaits him. He later met with the army chief of staff of Germany, General Volker Wieker, who arrived for an official visit in Israel as a guest of the IDF Chief of Staff Lt.-Gen. Gadi Eisenkot.