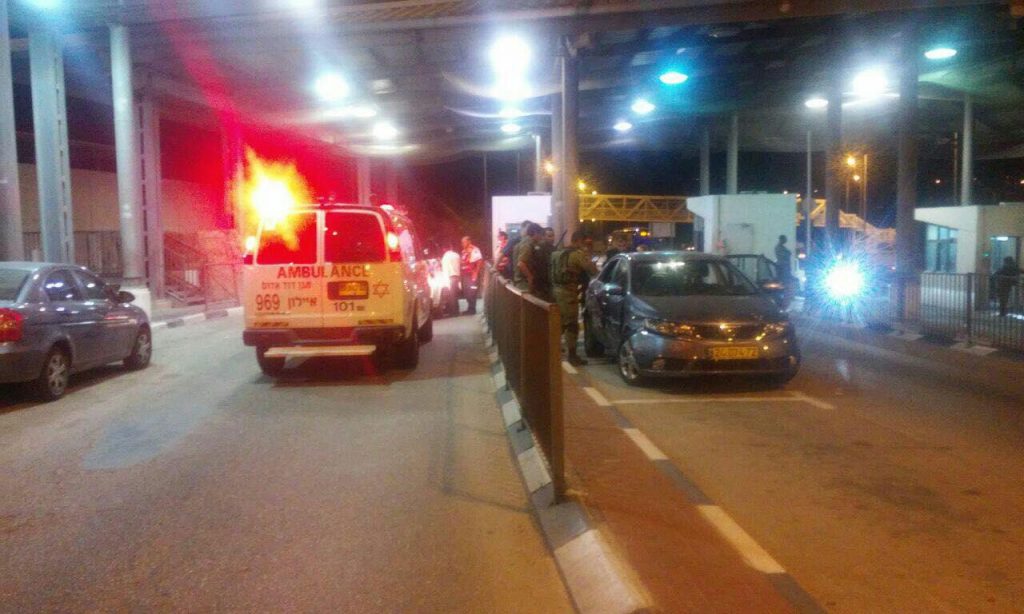 An Israeli driver was saved, b’derech nes, when his vehicle struck a road divider on Road 443 after he was attacked by Arab rock throwers. The incident occurred two kilometers before the Macabim checkpoint, outside Modi’in.

The driver was attacked late Wednesday night and lost control of the vehicle. Steering left to avoid the deep drop off a hill, the driver struck a concrete divider. B’chasdei Shamayim, he walked away unharmed, although the vehicle was badly damaged. Drivers called security officers, who rescued the driver and gave him first aid on site.

There were several rock throwing incidents early Thursday. In one, an Israeli bus was attacked north of the town of Eli in Samaria. There were no injuries or damage in the incident. In the Binyamin region, an Israeli vehicle was attacked early Thursday with rocks near the Arab village of Anata, north of Beit El. No one was injured, but the car was damaged in the incident.

Overnight Wednesday, security officials said they arrested 9 wanted security suspects in other areas in Yehudah and Shomron. The suspects were wanted for participating in rioting and throwing stones and firebombs that endangered Israeli civilians and IDF soldiers. Several of the suspects were also charged with belonging to Hamas. All were being questioned on their activities by security forces.