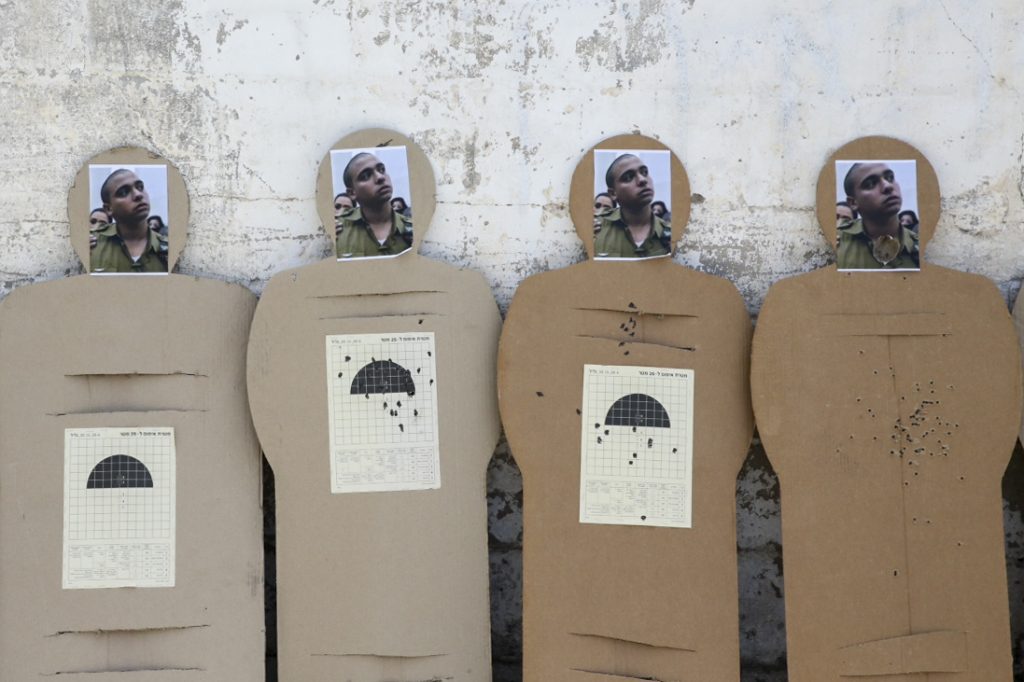 New footage that has emerged of the scene of the shooting of a terrorist in Chevron who had attacked IDF soldiers on Purim morning will not impact the case against Elor Azarya, his attorney said. The footage does not provide any new evidence against Azarya, who is accused of shooting the terrorist “unnecessarily” when he was already disabled, attorney Ilan Katz told Army Radio Thursday.

“This video does not furnish new, dramatic evidence, as the media is making out, and in fact is not new – we have had a copy of it from the beginning of the matter.” The footage does not prove anything because there is no context to the apparent kicking of a knife closer to the body of the downed terrorist that the footage shows. “To tell an actionable story you need a beginning, middle and end, and this footage only shows the middle,” said Katz. “We don’t know what happened between the first video which shows the knife in one place, and this one that shows it being kicked. There could be a thousand different videos out there, all out of context.”

Azarya is the soldier accused of killing Al Fatah a-Sharif, the terrorist who tried to stab IDF soldiers. He was arrested by the army after footage surfaced which purports to show the soldier shooting at the terrorist after he had already been neutralized by other soldiers.

In the footage released after the incident, a soldier, apparently Azarya, is seen cocking his weapon and aiming it in the direction of one of the terrorists. Although the soldier is not seen in the footage because of a passing truck at the moment of the shooting, the terrorist is seen hit with a bullet and blood flowing from his head. Azarya said that he shot the terrorist, who had attempted to stab two other soldiers, because he had detected movement, indicating that although neutralized, he was not dead – and that he feared the terrorist would get up and grab a weapon to attack another soldier, or set off a bomb that he might have been wearing.

With the latest video, prosecutors – who have confined Azarya to base while they build a case against him – are expected to argue that the kicking of the knife indicates that he was trying to set up a-Sharif, and justify shooting the terrorists. But that was not true, and the prosecution cannot prove that, said Katz. “How do we know that the knife was not moved several times before? There is no footage documenting this even from beginning to end, and we must remember that all the footage was filmed after the incident. Elor’s commanding officer himself said that he saw the knife just a few centimeters from the terrorist’s body,” he added

Meanwhile, Israel last Friday returned a-Sharif’s body to his family. The funeral was held Saturday afternoon. In response, the family of Azarya said in a statement that the incident was “very disturbing and hurtful. A terrorist who came to murder our soldier gets a mass funeral with honors, with calls for revenge against Israel and threats to kill our son as he is wrapped in a Hamas flag and buried as a hero, whole Elor is still restricted to base like a prisoner, charged with manslaughter after being insulted and sullied in the media, for trying to protect the soldiers around him. How long will this injustice go on? We call on the authorities to release our son and let him return home.”