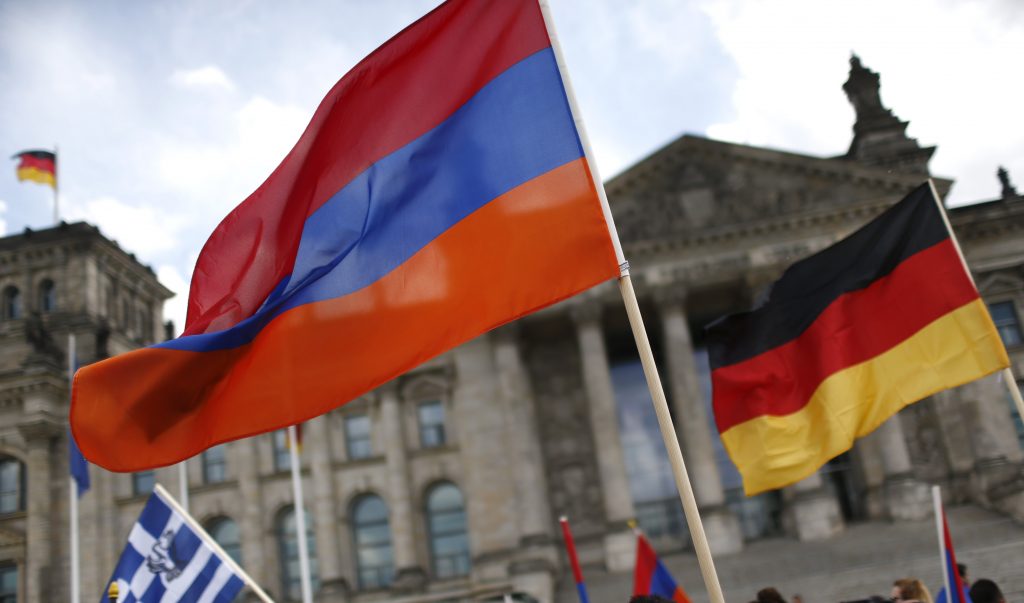 Turkey has recalled its ambassador to Germany for consultations after German lawmakers approved a resolution declaring the 1915 massacre of Armenians by Ottoman forces a “genocide,” Prime Minister Binali Yildirim said on Thursday.

In a speech in the Turkish capital Ankara, Yildirim said a “racist Armenian lobby” was responsible for the German parliamentary decision, which he said was wrong.

Turkish President Tayyip Erdogan said that the resolution would seriously impact relations between the two countries. In a news conference in Nairobi, broadcast live on Turkish media, Erdogan said that after the return of the country’s ambassador to Germany the government would discuss what steps Ankara would take in response.

The symbolic resolution risks hurting relations with Ankara just as Berlin and European partners need its help in tackling the migrant crisis.

Turkey rejects the idea that the killings of Christian Armenians during World War I amounted to a genocide and a spokesman for the ruling AK Party responded swiftly to the vote, saying it had “seriously damaged” relations.

The timing could not be worse for Merkel, who has championed a deal with Turkey under which Ankara has agreed to stem the flow of refugees to Europe in return for cash, visa-free travel rights and accelerated talks on European Union membership. Merkel was powerless to stop the symbolic resolution, which was initiated by the opposition Greens and was also backed by lawmakers in her conservative bloc and the Social Democrats.

“With one vote against and one abstention, this resolution has been passed by a remarkable majority of the German Bundestag,” said Norbert Lammert, the president of the lower house of parliament.

In a sign of the sensitivities, neither Merkel, her foreign minister nor her vice chancellor took part in the vote, although she did back it in an internal party straw poll this week.

Nearly a dozen other EU countries, including France, have passed similar resolutions.

Berlin has already had a taste of the expected backlash from Ankara.

“We wish Germany would not allow such an irrational issue,” Turkish Prime Minister Binali Yildirim told ruling party members on Thursday, hours before the vote.

On Wednesday he described the vote as “ridiculous.”

“It was an ordinary event that occurred during wartime conditions in 1915,” he said at a news conference.

The nature and scale of the killings remain highly contentious. Turkey accepts that many Armenians died in partisan fighting beginning in 1915, but denies that up to 1.5 million were killed and that this constituted an act of genocide, a term used by many Western historians and foreign parliaments.

German officials hope the vote will not scupper the EU-Turkey migrant deal, which has been under a cloud since Turkish President Tayyip Erdogan pushed out his prime minister last month and began questioning parts of the agreement. They say Erdogan has a strong interest in making the migrants deal work and will not allow this to get in the way. Addressing parliament before the votes, several lawmakers stressed they did not want to point a finger at the current Turkish government but rather wanted to bolster reconciliation efforts between Turkey and Armenia.

“We know from our own experience how difficult and painful it is to work through the past … but only in this way can human trust and strength grow,” said Social Democrat Rolf Muetzenich.

Armenia welcomed the resolution. The foreign ministry said Turkish authorities “are continuing to obstinately reject the undeniable fact of genocide.”

The resolution could also raise tensions with Germany’s roughly 3.5 million-strong Turkish community. Over a thousand Turks demonstrated against the resolution on Saturday in front of the Reichstag building in Berlin.

“I don’t think this is the right step,” said Murat Kayman of Germany’s DITIB Turkish-Islamic group before the vote. He said a European “blind spot” could explain the vehemence of the Turkish reaction to the accusation of genocide.

The resolution says the Armenians’ fate exemplified “the history of mass exterminations, ethnic cleansing, deportations and yes, genocide, which marked the 20th century in such a terrible way.”

It also acknowledges that the German Empire, then a military ally of the Ottomans, did nothing to stop the killings.

“That we were complicit in this terrible crime does not mean that today we will be complicit in denying it,” said opposition Greens co-leader Cem Oezdemir.