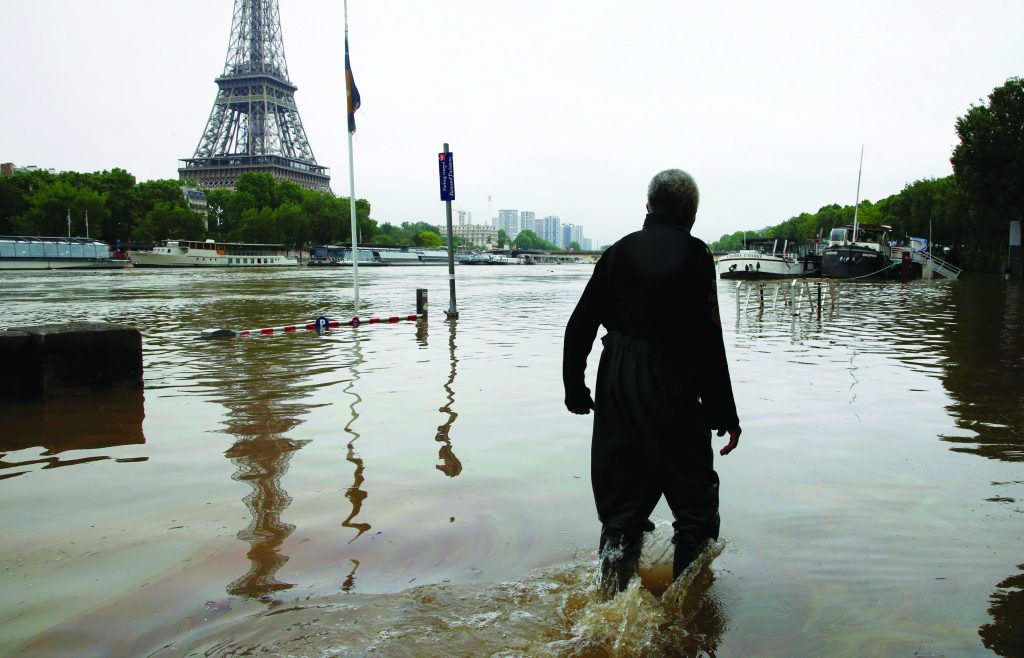 Floods inundating parts of France, Germany and Belgium have killed five people and trapped thousands in homes or cars, as rivers have broken their banks from Paris to Bavaria.

And it isn’t over — more rain is forecast for the coming days in some regions, and authorities in the French capital predict the Seine River won’t reach its peak until Friday.

Tourist boat cruises are canceled and several roads in and around the capital are under water, further disrupting travel on top of train strikes this week. Days of heavy rains have caused exceptional delays to the French Open tennis tournament in Paris and may force it into a third week.

The rains that have fallen across Western Europe this week have already killed five people, including an 86-year-old woman who died in her flooded home in Souppes-sur-Loing southeast of Paris, the French government said in a statement.

In Germany, four people have been confirmed killed in the flooding, which swept through the towns of Simbach am Inn and Triftern near the Austrian border. Others have been reported missing.

The southern German state of Bavaria, which has been badly hit by the rains, has promised quick financial help to residents in areas near the Austrian border hit by flooding this week.

The waters in Bavaria have receded, and disaster relief crews were on the scene helping to clear the wreckage, while helping to prepare for more possible flooding. However, the respite may be short-lived as there are warnings of more storms.

In France, authorities say that areas along the Loing River, a tributary of the Seine, had seen waters rise to levels unseen since 1910, when a massive flood swamped the French capital.

For the second day, emergency workers evacuated residents of the town of Nemours, about 50 miles south of Paris, the hardest-hit site in France.

Belgium also endured a fourth day of heavy rain, with flooding reported in several areas across the country.