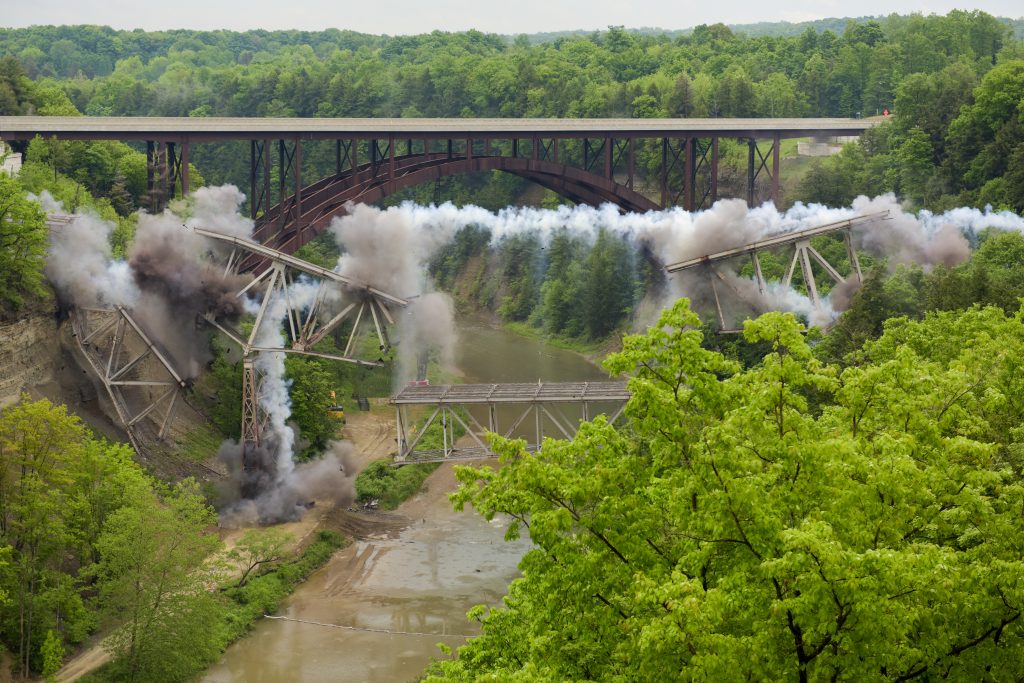 Gov. Andrew Cuomo celebrated on Thursday the construction of a new bridge in western New York by helping to blow up the old, aging span.

The Democratic governor used a detonator to implode the former Route 219 bridge over Cattaraugus Creek between Cattaraugus and Erie counties.

The large span imploded with a loud bang and crashed to the creek bed after Cuomo and other local officials plunged the detonator.

A new $17 million bridge is being built to replace the old span, which was structurally deficient.

Cuomo says the project is an example of the state’s efforts to overhaul aging infrastructure, particularly in upstate areas. He says the new bridge will make it easier for residents to travel and move goods through the region.