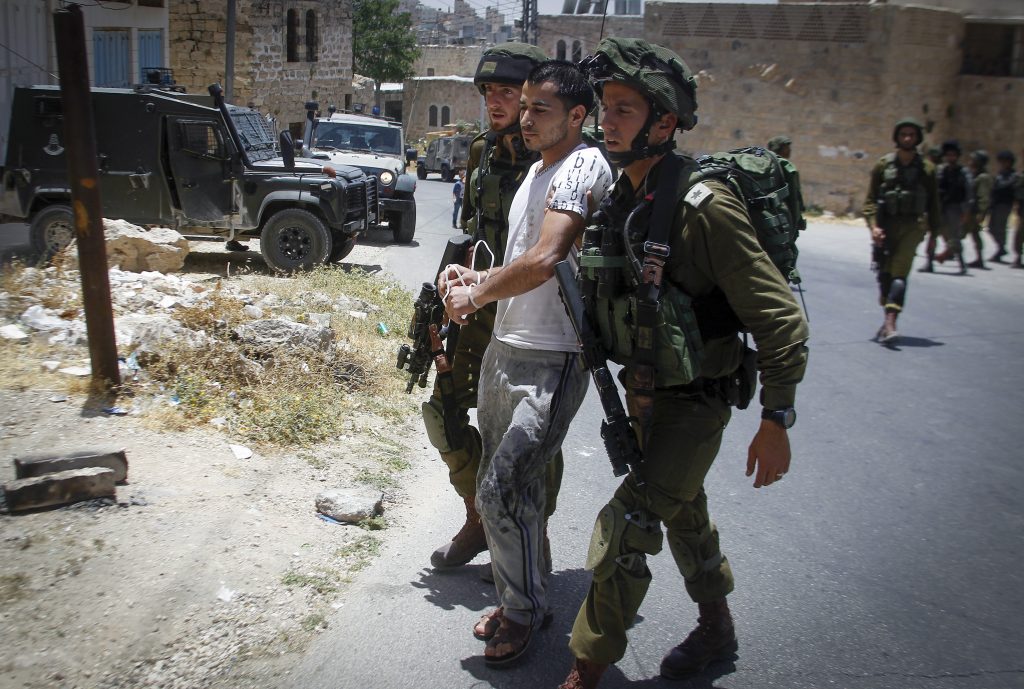 All the headlines in Israel in the last few days were about Avigdor Liberman, his statements, and taking over his new office. A sea of commentary and analysis on Liberman flooded the media.

It was no wonder that this flood of words pushed aside a number of important matters which would otherwise have merited their own headlines. For example, the uncovering of a large terror cell based in Beit Lechem and operating in Yerushalayim, but b’chasdei Shamayim failed in its plot to set off a bomb on a bus in the Yerushalayim neighborhood of Malka.

The terror incident, which occurred less than a month ago, caused no small amount of damage. In a concerted effort, the security forces identified the conspirators, and the picture that emerged was a worrying one. The Shin Bet described a cell of Palestinian terrorists in Beit Lechem, acting on their own, independently of Hamas or Islamic Jihad. The six to eight members of the group obtained explosive materials and set as their objective the bombing of a bus full of Jewish passengers.

However, a nes gadol occurred: The terrorist who boarded the bus with the bomb encountered a technical failure as he attempted to detonate it. Then he fiddled with it, pulling at it here, pulling there, until the bomb that he had intended to set down and then exit the bus before it exploded went off in his hands and killed him — and at a moment when there were hardly any passengers on board.

We could say that this was the first suicide bus bombing attempt for many years. Not that there weren’t such plots in recent years — there were. But none succeeded at all. This time it came close to a mass casualty attack — avoided only by a clear miracle.

Security officials are concerned. Such an incident indicates a change on the ground. We are no longer talking about operatives belonging to terrorist organizations, but about mostly teenagers, under 18, who are organizing to attack Israelis. The concern is that there are more of them out there, and it will not be easy to find and thwart them. As they act on their own, disconnected from their surroundings, they are difficult to locate.

At the beginning of next week, the month of Ramadan commences. In the past, it has been a time marked by terrorist activity. This year, as the “wave of terror” has waned somewhat, officials fear that there are those who will seek to exploit Ramadan for reviving that wave. From Sunday, Yom Yerushalayim and onwards, security reinforcements will be deployed in the capital and other flashpoints.

During Ramadan, there are inflammatory sermons delivered in the mosques which are liable to bring the Palestinians to renewed violence. True, Israeli security officials have succeeded, through extensive efforts in the field, in getting across the message that any upsurge in violence would be futile and the sacrifices entailed would accomplish nothing.

The single change that could transpire in the wake of the wave of terror would be the ascent of Hamas, extending their control over Yehudah and Shomron. If that is what they want in Ramallah, they should continue their support for terror.

The message fell on attentive ears, and the officials in the Palestinian security services widened their cooperation with Israel in the struggle against the terrorists.

But in the next month it will be hard for them to be effective. The dry kindling is scattered everywhere, and it won’t take much to set it afire again.

What we call “the wave of terror” — what the Palestinians call the “national awakening —- officially began on September 13, 2015 in violent confrontations on Har Habayis and elsewhere in Yerushalayim during the Chagim, and reached its peak in October 2015 with 59 attacks in one month.

The Palestinian Authority and Fatah call the wave of terror, a “popular awakening,” which is designed to arouse an association with “popular resistance,” the policy they have adopted.

Hamas and other terror groups call it “Intifada al-Quds,” because they hoped that the “wave of terror” that began in Yerushalayim would grow to the scale of the Second Intifada — though it didn’t.

The Israeli media sometimes called it the “Lone Wolf Intifada,” because many (not all) of the attacks were carried out by individuals acting alone.

The Israeli Intelligence and Terrorism Information Center prepared a study at the end of the eighth month of the terror wave, examining whether it has reached its conclusion, and if so, what form will Palestinian terrorism take in the future?

The two main conclusions emerging from a comparison of the current situation with Palestinian terror during the three previous years: First, that this wave essentially was over as of April 2016. This assessment was made on the basis of a statistical decline in the number of attacks, from dozens each month to a handful. There was a fall in the number of attacks inside Israel (even though they continued in the Yerushalayim area). In addition, a decline in fatalities. Also noted was a drop in the scale of rioting in Yehudah and Shomron and the Gaza border vicinity.

All of this lowered public interest and media coverage of terror incidents, with the exception of days when serious attacks did occur.

Secondly, the “wave of terror” ended, but the popular terror of the “national resistance” continues, which began seven years ago, after the sixth Fatah conference in August 2009. The experts at the Center believe that this is still far from over, since it is a central feature of the Palestinian Authority “struggle” against the state of Israel.

The popular terror has been full of bloodshed, and Mahmoud Abbas’s claim that the struggle has been carried on by “peaceful methods” or “nonviolent means” is baseless. The campaign of incitement also continues, and reinforces the feelings of frustration and rage, and the desire for violence, among the Palestinians, especially the young.

But the main question is, What now?

Experts at the Israeli Intelligence and Terrorism Information Center believe that in spite of the fact the wave of terror has ended, the phenomenon of popular terrorism will continue, which originated in Yehudah and Shomron and eastern Yerushalayim.

We can expect ups and downs in the popular terror. The Palestinian Authority will continue, according to their assessment, to support it and to refrain from condemning it, while at the same time to contain it. Hamas and other terror groups will continue to try to breathe new life into the popular terror and convert it into a Third Intifada, complete with shootings, kidnappings and suicide bombings. The month of Ramadan is a time to watch for such developments. Hashem yishmor.