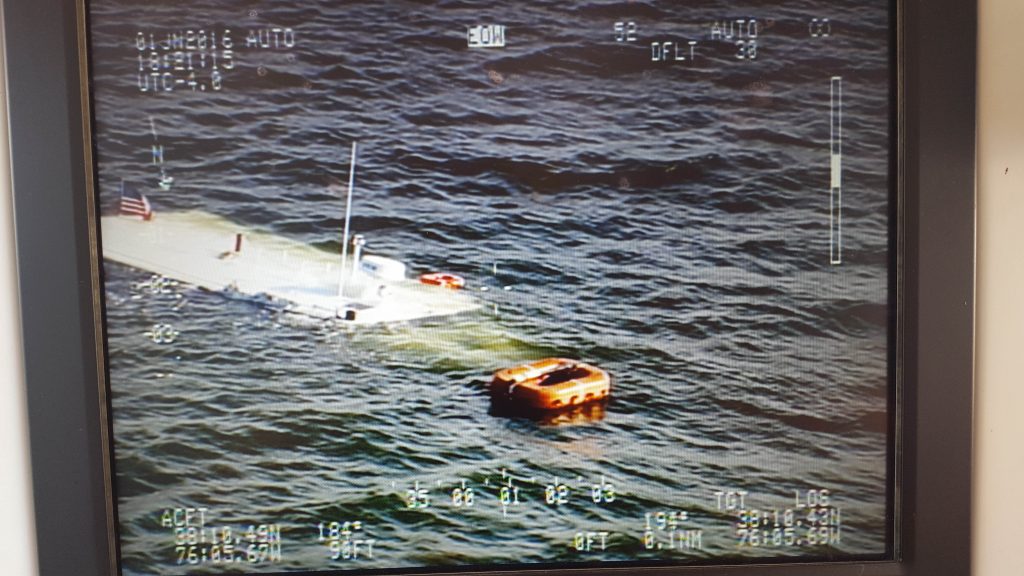 Twenty-two people, including more than a dozen school-aged children who were on a field trip researching wildlife, were rescued Wednesday evening from a sinking boat in a remote part of Maryland’s Chesapeake Bay.

The incident unfolded around 5:30 p.m. when the U.S. Coast Guard received a mayday call after the 40-foot boat struck an unidentified object near Bloodsworth Island, an area north of the town of Crisfield in Dorchester County.

Aboard the boat, which belonged to the Chesapeake Bay Foundation, was a group of fourth-grade students, parents and teacher chaperones from the private Kent School in Chestertown, Maryland, which said it has done a similar trip annually for the past 10 years to allow students to learn about the bay and species that live in it.

But, the boat ran into trouble and immediately began “taking on water” and started sinking, according to officials with the Maryland Natural Resources Police.

The 14 fourth-graders, five adult chaperones and three crew members had on life jackets or immediately put them on, according to police officials. Kent School officials said the students also put on a second life jacket on the boat.

Those aboard were quickly rescued by a waterman who was either fishing or crabbing nearby, police officials said. The man maneuvered his boat close enough to the sinking one so that he and his crew members could help the parents, kids and crew get on board and to safety.

“They were hanging on top of the boat,” said Candy Thomson, a spokeswoman with Maryland’s Natural Resources Police. “The boat was sinking slowly enough that it gave everyone a chance to put their life jackets on, and that was a godsend.”

She said the waterman likely heard the mayday call on the marine radio or saw the boat sinking.

By the time rescuers from local police and fire units, along with the state’s natural resources police, arrived, the waterman had rescued everyone, officials said.

“It is always hard to say what the outcome would have been,” Thomson said of the efforts of the waterman. “In a vessel with 14 children aboard that goes down in a remote area, that’s trouble.”

“We were lucky in two respects — one, everybody was in life jackets and two, that waterman was nearby.”

The waterman took those he rescued to Wingate, a small town along the Honga River, officials said. The captain of the boat was airlifted to an area hospital. His condition was not known but was said not to be life-threatening.

The others who had been on the boat were taken to area hospitals for checkups and were treated for minor injuries and released, according to authorities.

The Coast Guard is investigating the incident.