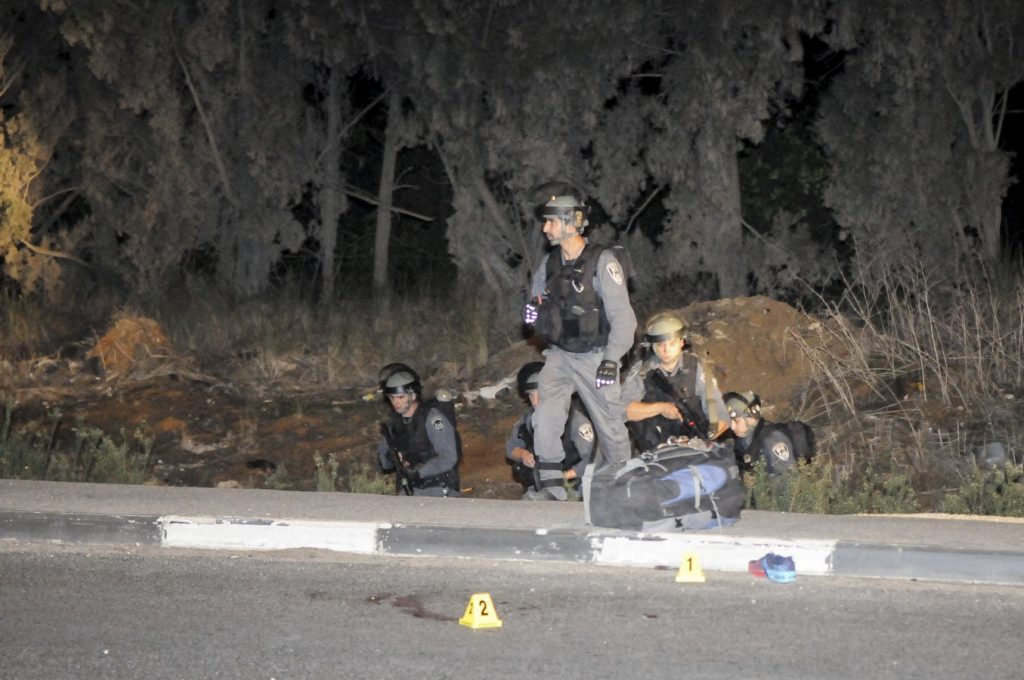 A Haifa court on Wednesday sentenced Arab terrorist Riad Ahmed Ziad to 25 years in prison for a stabbing attack last October at the Gan Shmuel Junction in northern Israel. Ziad ran down two IDF soldiers, wounding one badly, then got out of the car and stabbed them and two others.

The terrorist, an Israeli Arab resident of Um el-Faham, was originally from a Palestinian Authority village near Jenin. He entered Israel under family unification laws.

In other security news, Police arrested dozens of rioters in the A-Tur and Sawana neighborhoods of Yerushalayim. Early Wednesday 33 suspects were taken in, as rioters threw bricks and stones at police and border guards. An additional eight people were summoned for questioning.

Overnight Tuesday, security officials said they arrested 12 security suspects in other areas in Yehudah and Shomron. The suspects were wanted for participating in riots and for throwing stones and firebombs that endangered Israeli civilians and IDF soldiers. Several of the suspects were also charged with belonging to Hamas. All were being questioned on their activities by security forces.