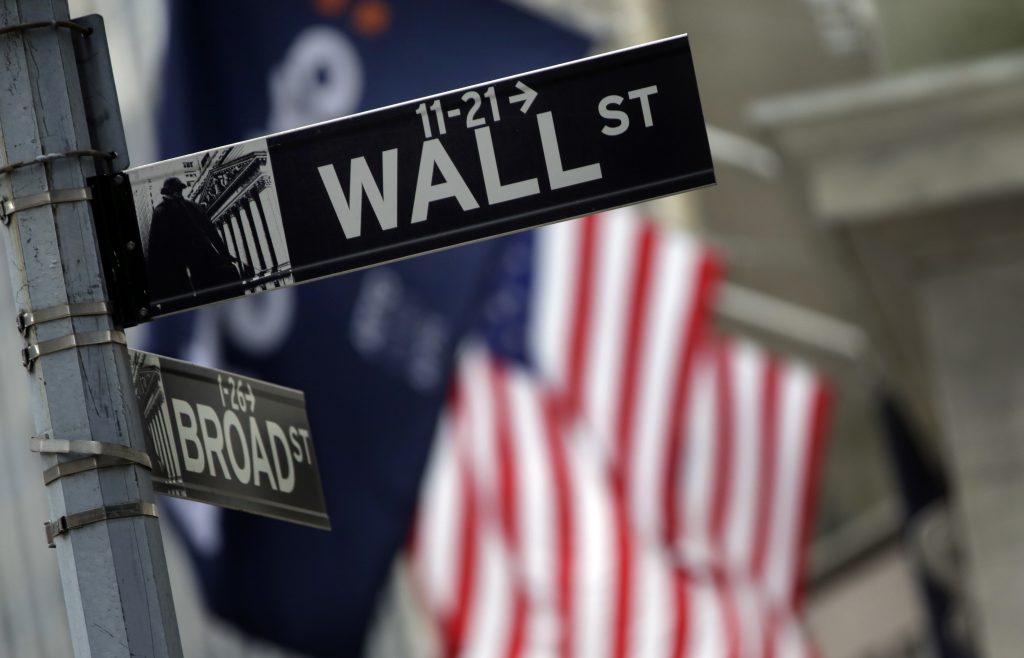 U.S. stocks indexes moved mostly lower in midday trading Wednesday as investors weighed a mixed batch of economic data out of the U.S. and China. Telecommunications companies were among the biggest decliners. Automakers GM and Ford Motors also declined after reporting a drop in sales for May.

SWEATIN’ IT: Under Armour slumped 4.6 percent after the sports apparel maker slashed its full-year revenue guidance, saying that the closure of Sports Authority stores will hurt its sales. A bankruptcy court recently decided to approve the liquidation of privately held Sports Authority, which sold Under Armour goods, rather than a restructuring or sale. Under Armour shed $1.73 to $36.

MIXED DATA: The Institute for Supply Management, a trade group of purchasing managers, said that U.S. factories expanded for the third straight month in May, helped by a weaker U.S. dollar. Separately, the Commerce Department said U.S. construction spending fell in April by the biggest amount in five years, dragged down by declines in housing, commercial construction and spending on government projects. The reports came a day after the latest measure of U.S. consumer confidence dropped for a second month.

CHINA SNAPSHOT: Two surveys showed persisting weakness in China’s factories last month, another sign of trouble for the world’s second-largest economy. An official index by the Chinese Federation of Logistics & Purchasing, based on a survey of factory purchasing managers, came in at 50.1 in May. Numbers above 50 indicate expansion and those below 50 indicate contraction. The private Caixin/Markit survey was more pessimistic. That survey fell to 49.2 last month from 49.4 in April.