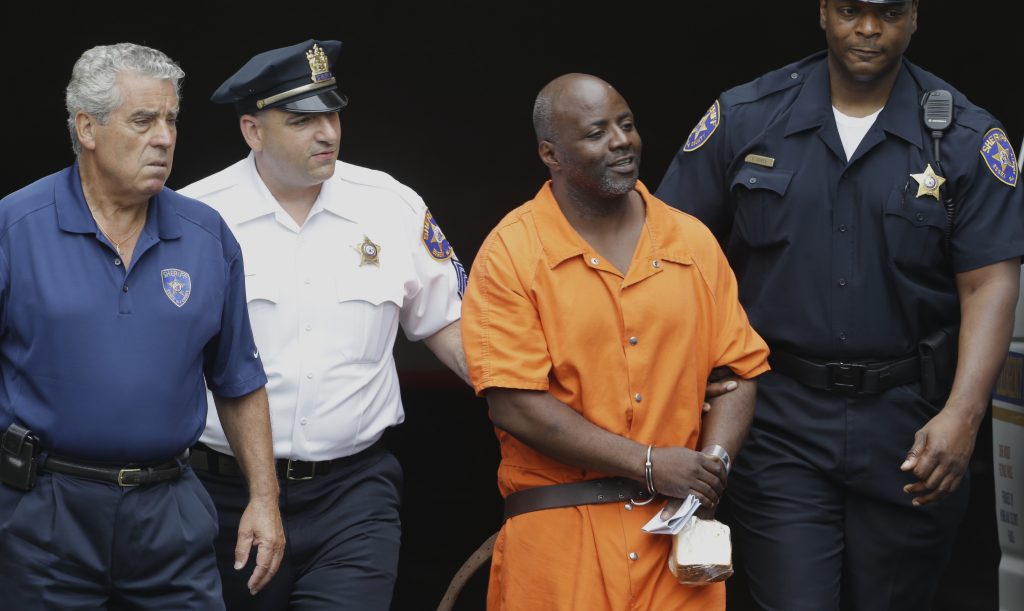 The video shown to jurors appears to clearly prove the defendant’s guilt. He is seen entering a suburban home and beating a mother who is sitting on the couch with her 3-year-old daughter.

It’s what appears much later on the video, after police responded, that may allow the man charged with the attack to go free. That’s when a white officer is overheard using racial slurs to describe the attacker, who is black. Detective Collin McMillan admitted he made the remarks but said he didn’t question defendant Shawn Custis and didn’t collect evidence.

The specter of potential police bias has hung over the trial of Custis, the 45-year-old Newark man on trial for attempted murder, robbery and other crimes for the brutal 2013 home invasion caught on a home security video.

A jury of nine blacks and three whites began deliberations Tuesday, weighing whether to believe Custis’s attorney’s claim that his client was framed by racist cops, or prosecutors’ contentions that bias didn’t play a part.

Because of the video, the officer’s slur could hurt the prosecution’s case but not necessarily lead to an acquittal, said Ben Barlyn, a former Hunterdon County prosecutor.

“In what would otherwise be a case with very strong evidence of an egregious crime, it’s a headache for the prosecutor but not necessarily a fatal headache,” Barlyn said. “The prosecutor’s concern would be that the jury would disregard evidence of the defendant’s conduct and send a message that the institution must be held accountable by nullifying the verdict. And that’s a very powerful message.”