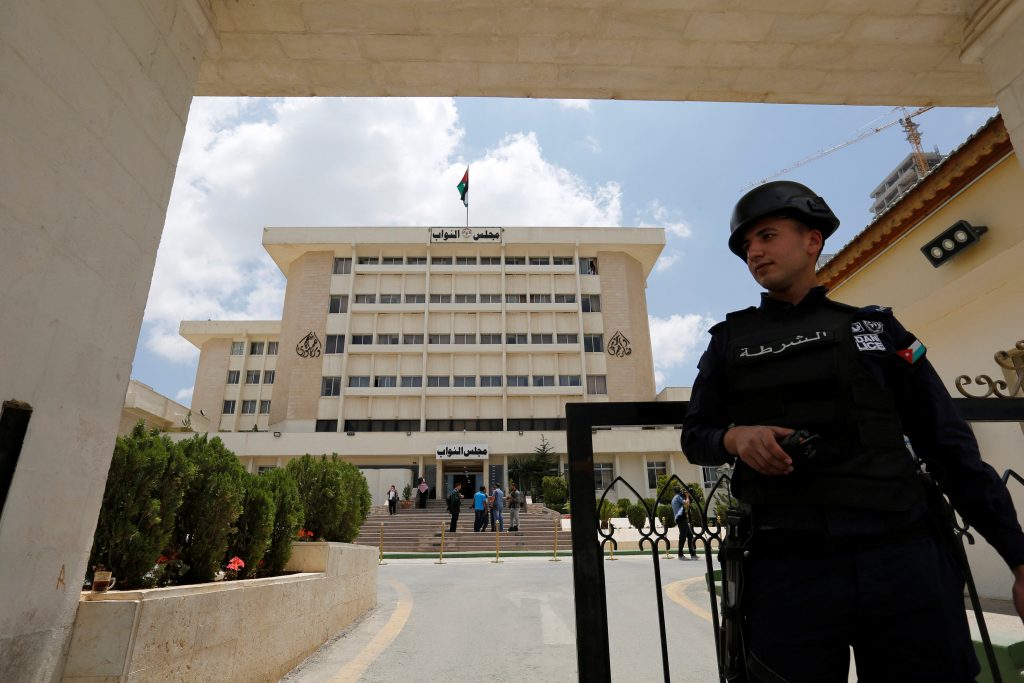 Jordanian King Abdullah swore in a new government led by a business-friendly politician on Wednesday and charged him with preparing for parliamentary elections by September and pushing legislation to spur sluggish growth.

Hani Mulki, 64, who has held a string of senior diplomatic and ministerial posts, is a former chief commissioner of Jordan’s economic zone in the Red Sea port city of Aqaba.

Mulki was appointed prime minister by the king on Sunday and replaced Abdullah Ensour shortly after the monarch dissolved parliament as it neared the end of its four-year term. Under the constitution, elections must be held within four months .

Official sources said the government is expected to maintain traditional support for U.S. policies in the region and continue with International Monetary Fund-guided reforms.

They say the monarch chose Mulki to help spur investment, especially from main Gulf oil producer Saudi Arabia, which has shown interest in investing in the debt-laden kingdom.

Jordan’s finances have been hit, both by a drop in Gulf aid which traditionally tops up its coffers and by worsened investor confidence due to regional uncertainty. The economy has also been strained by the burden of providing for a flood of refugees from the five-year-old civil war in neighboring Syria.