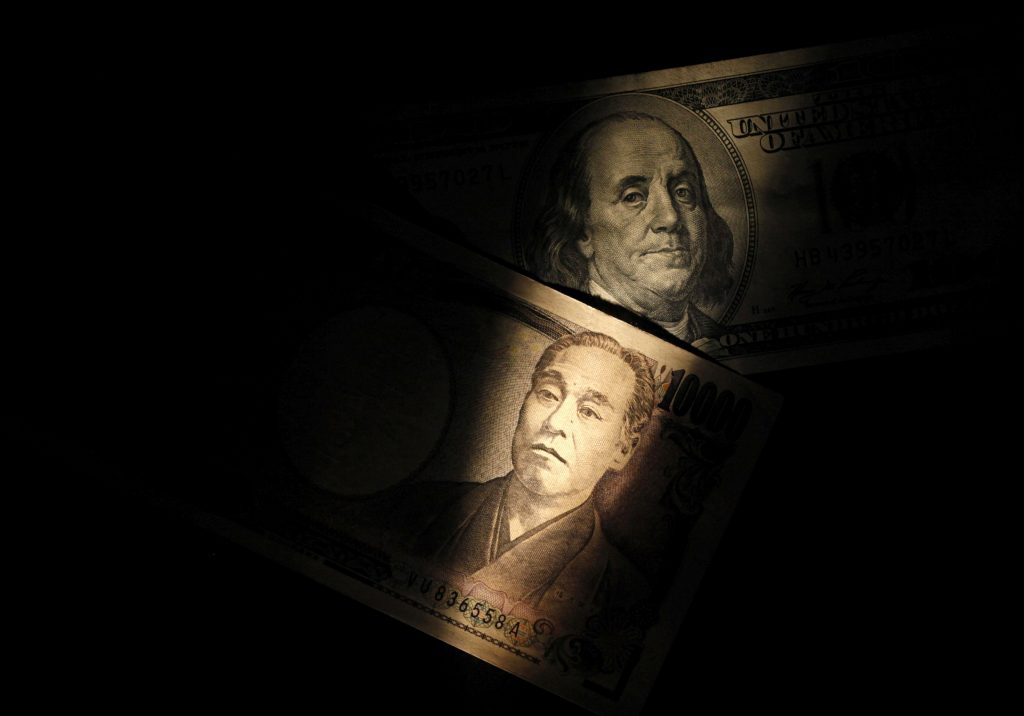 The dollar fell against the yen on Wednesday, pulling away from a one-month peak set at the start of the week, after soft U.S. data prompted investors to reconsider hopes about whether the Federal Reserve will raise interest rates in June or not.

Data released on Tuesday showed U.S. consumer confidence dipped, and a survey on business activity in U.S. Midwest also underwhelmed. That did not bode well for the Institute of Supply Management’s (ISM) manufacturing survey due later in the day, with traders saying that a weak reading could see chances of a June rate hike recede further.

According to CME Group FedWatch program, investors are pricing only a 22.5 percent probability of a rate move in June, down from around 32 percent factored in earlier in the week. Subdued risk sentiment and worries about whether Britain will vote to stay in the European Union or not later this month also buoyed the safe-haven yen.

The yen’s rise came on a day when Japanese Prime Minister Shinzo Abe is expected to formally announce the postponement of a scheduled sales tax hike.

Abe told members of his ruling Liberal Democratic Party (LDP) on Wednesday that he will delay the tax by two and half years, the Kyodo news agency reported. The premier is due to hold a news conference at 0900 GMT.

“There is some position adjustment taking place with the delay in the sales tax hike almost priced in by investors,” said Yujiro Goto, currency strategist at Nomura. “Also for the dollar, the soft data is weighing and if the ISM manufacturing survey is below expectations, then we could see it having a negative impact on dollar/yen.”

Since a delay in the sales tax hike is widely expected, one question is whether that will be accompanied by more fiscal spending and how that might affect Tokyo shares and risk sentiment.

“The market is kind of looking at between 5-10 trillion yen,” said Tan Teck Leng, FX strategist for UBS Wealth Management in Singapore, referring to expectations on the possibility of a boosted Japanese budget.

If any supplementary budget were to come in at the lower end of expectations, there could be some disappointment, Tan added.

On other fronts, the dollar fell 0.2 percent to 95.70 against a basket of six major currencies, pulling away from a two-month high of 95.968 set on Monday.

In contrast, the Australian dollar pushed higher after the country’s first-quarter growth exceeded market forecasts and prompted investors to scale back expectations that the Reserve Bank of Australia may lower rates soon.