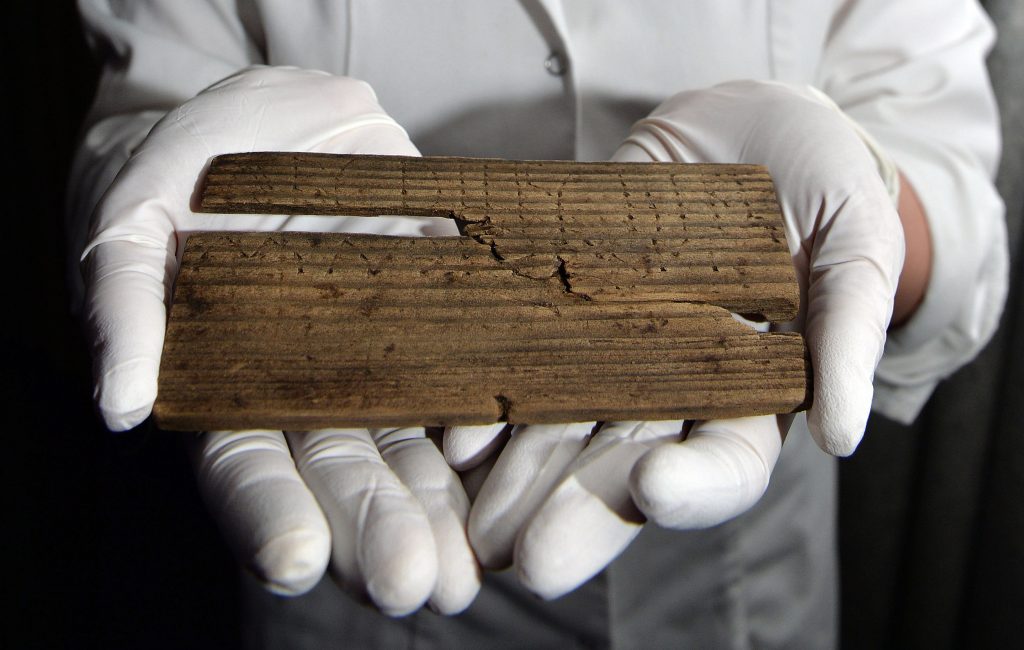 They came, they saw, they got down to business.

Archaeologists announced Wednesday they have discovered hundreds of writing tablets from Roman London – including the oldest handwritten document ever found in Britain – in a trove that provides insight into the city’s earliest history as a busy commercial town.

Researchers from the Museum of London Archaeology uncovered more than 400 wooden tablets during excavations in London’s financial district for the new headquarters of media and data company Bloomberg.

So far, 87 have been deciphered, including one addressed “in London, to Mogontius” and dated to C.E. 65-80 – the earliest written reference to the city, which the Romans called Londinium.

Sophie Jackson, an archaeologist working on the site, said the find was “hugely significant.”

“It’s the first generation of Londoners speaking to us,” she said.

The Romans founded London after their invasion of Britain in C.E. 43. The settlement was destroyed in a Celtic rebellion led by Queen Boudica in C.E. 61, but quickly rebuilt.

The documents show that only a few years after it was established, London was already a thriving town of merchants and traders. The records include references to beer deliveries, food orders and legal rulings.

One tablet carries the date Jan. 8, 57, making it Britain’s earliest dated hand-written document. Fittingly for a city that is now the world’s commercial capital, it’s about money – an ancient IOU in which one freed slave promises to repay another “105 denarii from the price of the merchandise which has been sold and delivered.”

The wooden tablets were preserved in the wet mud of the Walbrook – then a river, now a buried stream.

“The water keeps out the oxygen that would normally cause decay,” Jackson said. “Our sticky Walbrook mud is like the ash of Pompeii or the lava of Herculaneum” – Roman towns in Italy preserved by volcanic eruptions.

In Roman times, the tablets were covered in wax, on which words could be inscribed with a stylus. The wax has not survived, but some of the writing penetrated to the wood and can still be read.

Classicist Roger Tomlin, who deciphered the inscriptions, said looking at the ancient handwriting had been “fun.”

“You’re thinking your way into the hand of someone else who lived 1,900 years ago,” he said. “Your eyes are setting foot where man has never been before, at least not for a very long time.”