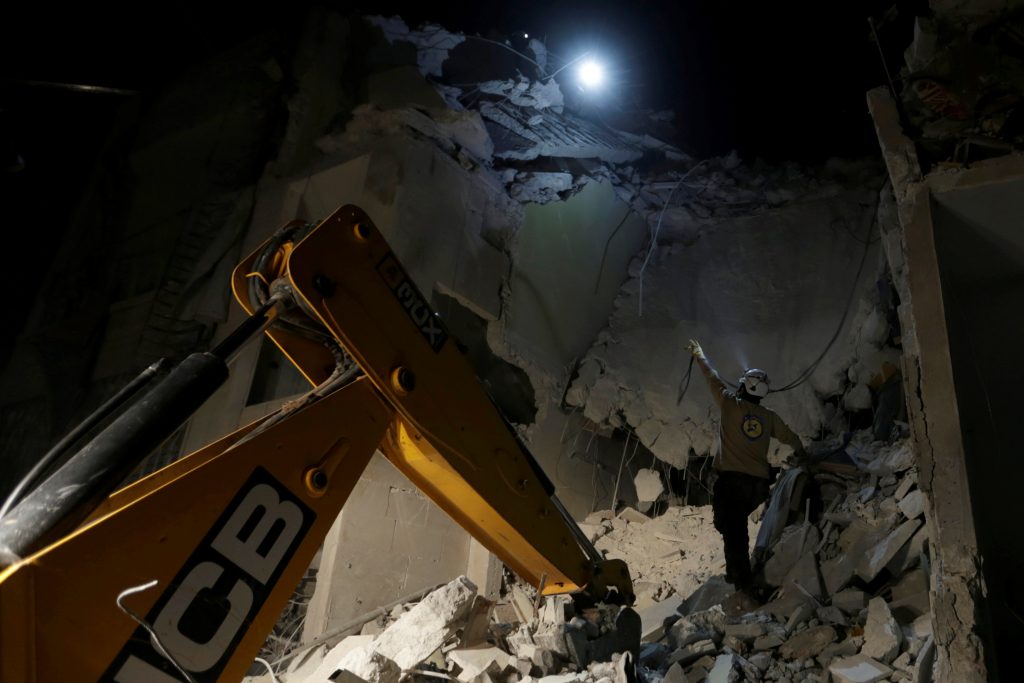 Turkey said on Tuesday that heavy air strikes reported to have been carried out by Russian jets on a hospital and a mosque in Syria’s rebel-held city of Idlib had killed more than 60 civilians and injured around 200 people.

In an e-mailed statement, the Turkish foreign ministry called on the international community to act swiftly against what it called the “indefensible” crimes of the Russian and Syrian administration.

“Russian planes did not carry out any combat missions, to say nothing of any air strikes, in the province of Idlib,” Igor Konashenkov, a Russian Defense Ministry spokesman, said in a statement.

The Syrian Observatory for Human Rights had earlier said the air strikes targeted a number of positions in the city, one of them next to a hospital. Seven children were among the dead, Observatory Director Rami Abdulrahman said.

Konashenkov called the Observatory’s allegations “a horror story” of the kind he said it had disseminated in the past and said such pronouncements should be regarded with greater skepticism.

Idlib is a stronghold of terrorist groups including the al-Qaida-linked Nusra Front.